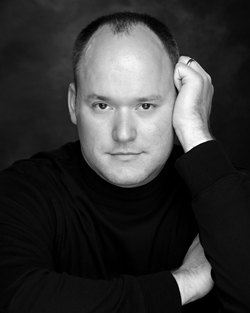 The recital, which is a celebration of the 200th anniversary of Schumann's birth, will feature two of the composer's most famous song cycles, "Liederkreis, Op. 39" and "Dichterliebe, Op. 48."

Both song cycles are Schumann's musical settings of poems. For "Liederkreis," the composer used 12 poems by Joseph Eichendorff, and for "Dichterliebe," 16 poems by Heinrich Heine. The songs will be sung in the original German, but English supertitles will be projected.

"I love both of these works," said Howard. "They are a wonderful marriage between words and music that vividly portrays the deepest emotions that we all experience. The music has universal appeal, and everyone will be able to identify with the songs."

Howard, who is an assistant professor of music at SFA, is also the associate director of choral activities at the university where he conducts the Choral Union and Women's Choir and teaches applied voice.

Most recently, he was selected from a nationwide pool of choral conductors who are also accomplished soloists to perform Hector Berlioz's "Grande Messe des morts, Op. 5" on Feb. 13 at Carnegie Hall under the auspices of the Weill Music Institute. The work will be conducted by Robert Spano, music director of the Atlanta Symphony Orchestra.

Parr began studying piano at the age of 5. He furthered his education at Kent State University, at the Hochschule fur Musik and Darstellende Kunst in Vienna as a Fulbright Scholar, and at Yale University where he earned his master's and doctoral degrees.

Before Howard and Parr begin the program, Dr. Jamie Weaver, SFA assistant professor of music history, will give an informative introduction on Schumann and the works.

The recital is a joint presentation of the SFA College of Fine Arts, School of Music and the Cole Performing Arts Series. Tickets to the recital are $5 for adults, $4 for seniors and $2 for students. For tickets or more information, please visit www.finearts.sfasu.edu or call (936) 468-6407 or (888) 240-ARTS. 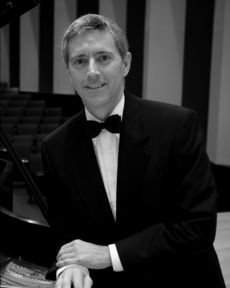