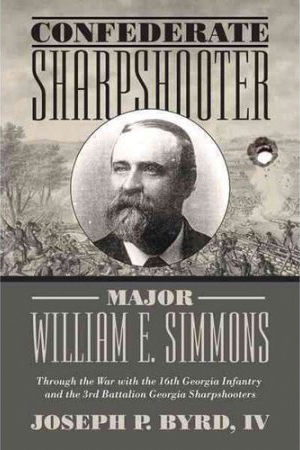 Three years after graduating from Emory College, Simmons joined the first company in his home county and received his commission. He was later promoted to captain in the elite Third Battalion Georgia Sharpshooters of Wofford’s Brigade. In 1864, he became acting commander of the brigade’s sharpshooter battalion.

The book traces Simmons’ family heritage and footsteps from childhood to Emory College, through many challenging war encounters, his capture and imprisonment at Fort Delaware, and a lifetime of service to his state and community that lasted until the 1930s.

Byrd provides maps, letters, photographs and a roster of soldiers compiled from service records and 25 other sources. 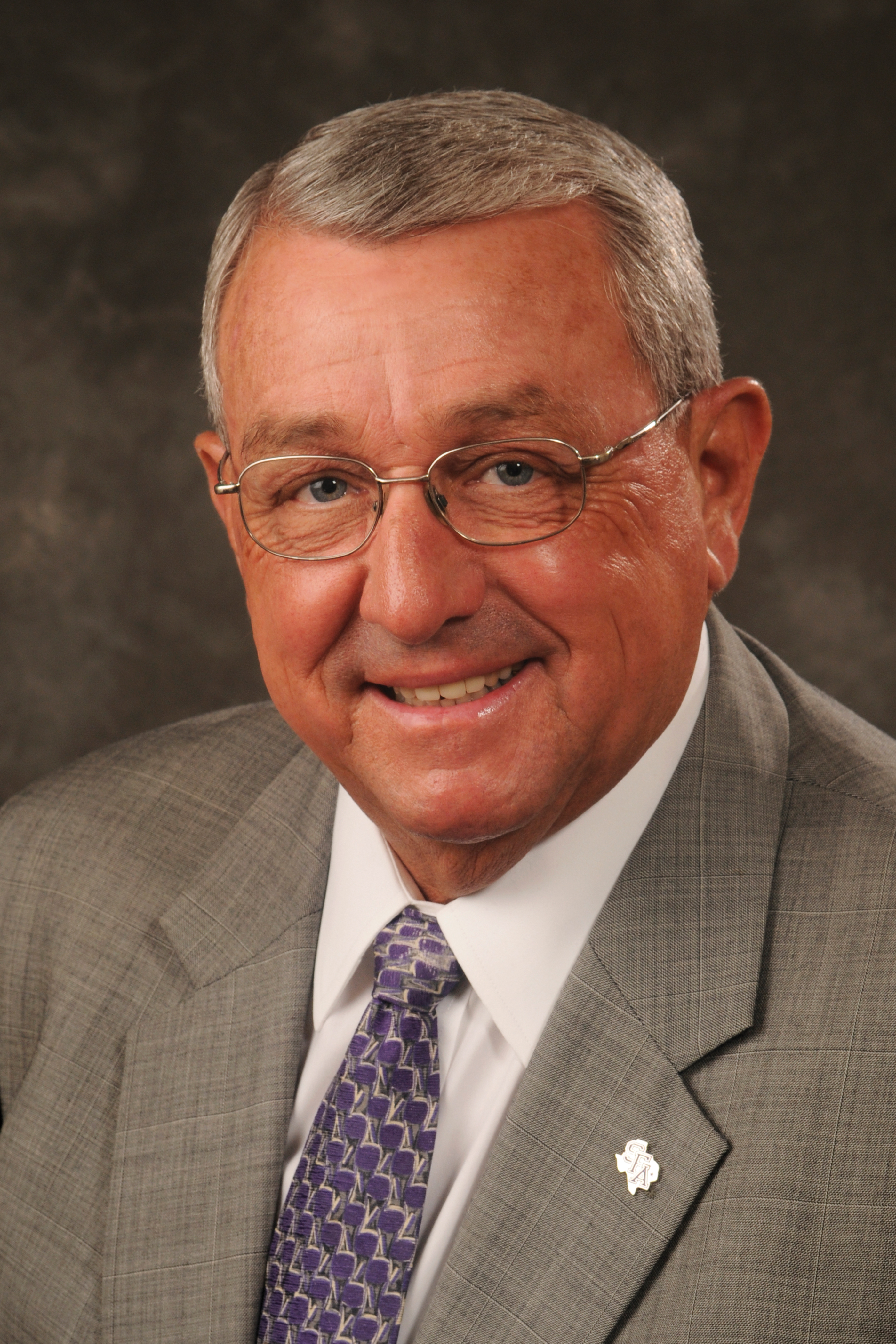 The National Association of Collegiate Directors of Athletics announced that Steve McCarty ’65 & ’70 has been selected into the NACDA Hall of Fame. McCarty will be enshrined during NACDA’s 53rd Annual Convention June 28 through July 1 in Washington, D.C.

The NACDA was founded in 1965. It is the largest association of collegiate athletic administrators and boasts a membership of more than 12,500 individuals and more than 1,600 institutions throughout the United States, Canada and Mexico. 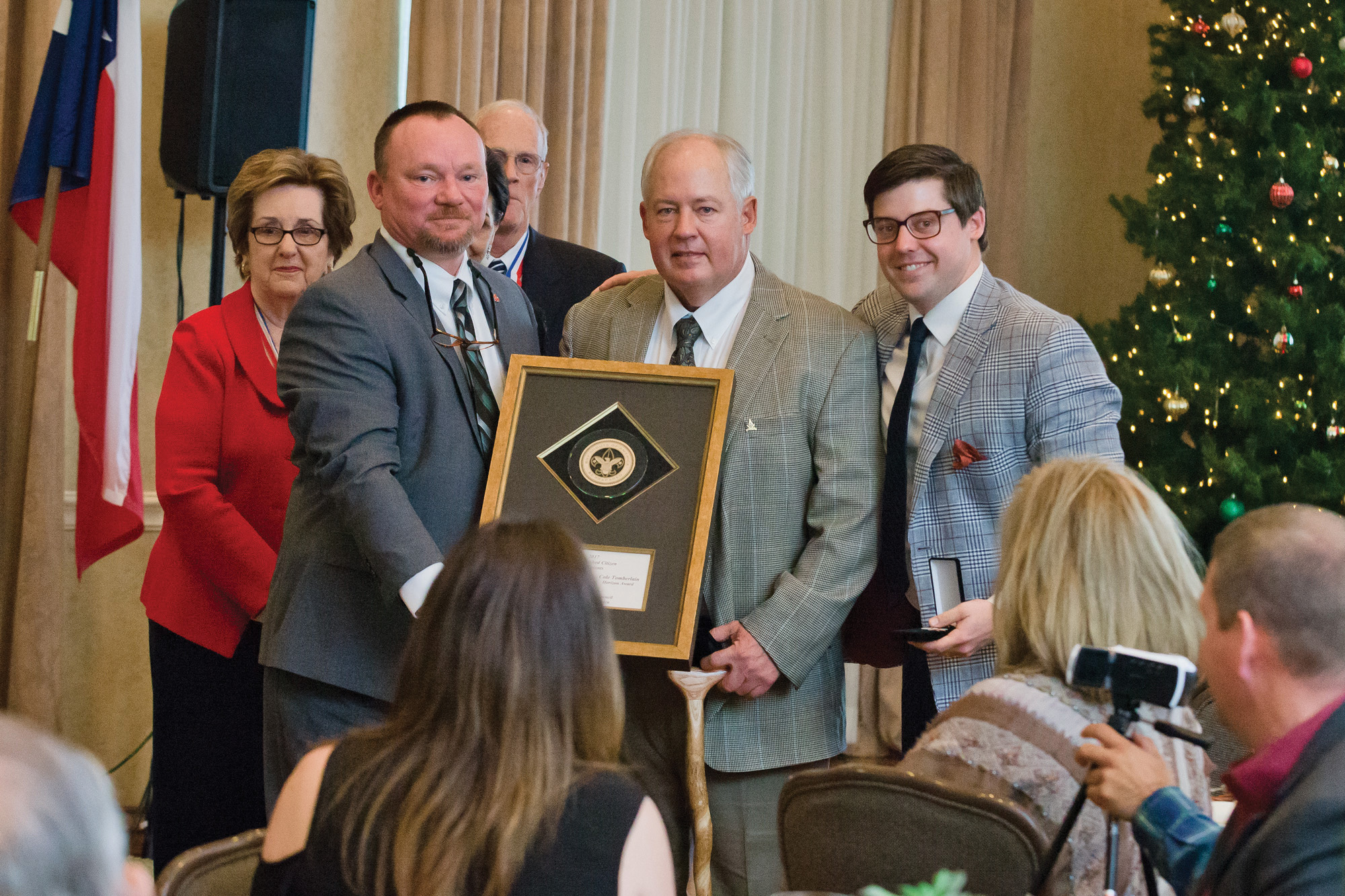 Chuck Tomberlain ’84 (pictured, center) and his son Cole Tomberlain ’10, (pictured, right) both of Longview, were honored by the Boy Scouts for their “lifetime” of community service. Chuck received the Distinguished Citizen Good Turn Award, and Cole was the inaugural honoree for the Horizon Award.

Chuck has been involved with Junior Achievement, taught Sunday school classes at First Baptist Church and has served as president of the Spring Hill Athletic Boosters Club and the local chapter of the SFA Alumni Association.

Cole is a founding board member of the Young Professionals of Longview, a founder of the annual Bourbon & Bowties fundraiser for Longview World of Wonders, a Junior Achievement instructor and, along with his father, a member of the SFA Alumni Golf Tournament Committee. 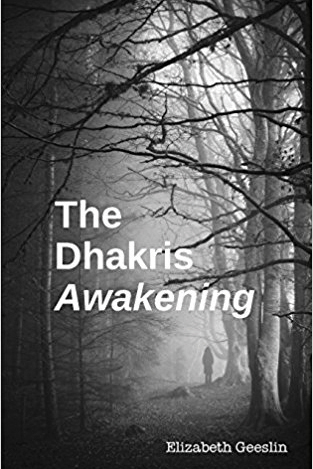 The story follows Jessica, the main character, on her quest to learn the truth about what happened to her sister, who seemingly vanished into thin air three years before. The journey sends her down a path into other dimensions, the supernatural and the ultimate betrayal. This is Geeslin’s first book in “The Dhakris” series. The second novel is expected in October 2018. Geeslin’s parents, grandparents, aunt, uncle and cousin are all SFA alumni, as well. 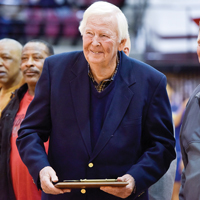 Former Whitehouse Wildcats basketball coach C.L. Nix ’56 received a plaque and key to the arena during a ceremony recognizing the renaming of Whitehouse High School’s arena to the C.L. Nix Wildcat Arena. The ceremony took place Jan. 19 on the 40th anniversary of the Wildcats’ 2A basketball state championship in 1978. During his career, Nix compiled a record of 715-232. Nix’s Whitehouse teams won 18 district titles and made seven appearances in regional tournaments. Photo by Chelsea Purgahn, Tyler Morning Telegraph

John Vaught ’69 of Denver, Colorado, received the 2017 Colorado Governor’s Service Award for outstanding veteran volunteer. Vaught is a partner at the national litigation boutique Wheeler Trigg O’Donnell and the president-elect of the Colorado Bar Association.

Arnie Burke ’72 of Rowlett was inducted into the United States Specialty Sports Association Hall of Fame in November during the association’s 50th anniversary celebration. Burke has been involved with USSSA as a player, coach and director since 1980.

Dr. Horace D. Stearman ’73 & ’87 retired from his position as assistant vice president for accreditation, planning and policy at the University of North Texas at Dallas. 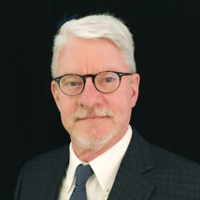 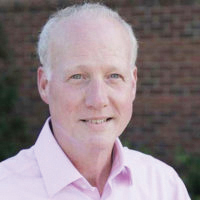 Dr. Robert Littlejohn ’79 was appointed head of The Covenant School of Dallas. 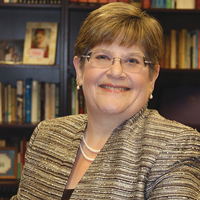 Nancy Kershaw ’81 of Tillamook, Oregon, was recognized in December for her 30 years as the family and community health and 4-H extension agent for Tillamook County.

Nell Fortner ’87 of Santa Rosa Beach, Florida, will be inducted into the Texas Sports Hall of Fame in Waco in April. Fortner was a women’s college basketball coach and led the 2000 Olympics women’s basketball team to a gold medal.

Jason Petersen ’88 of Hallsville received the 30-year service award from Austin Bank for his work with the company. Petersen is the bank’s executive vice president/regional president for Gregg County. 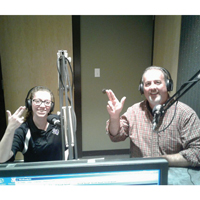 Cliff Shackelford ’90 & ’94 of Nacogdoches has co-hosted and co-produced a live radio show called “Bird Calls” for four years on the National Public Radio’s Red River Radio station based in Shreveport, Louisiana. In spring 2017, he had his first on-air guest, SFA biology major Kelli Bashaw, discuss what’s involved in obtaining a science degree and answer callers’ questions about her major. Podcasts from past shows can be found online on redriverradio.org.

Jonas E. Schwartz ’91 of Austin was reappointed by Texas Gov. Greg Abbott to the Texas State Independent Living Council. Schwartz is a program manager for the vocational rehabilitation program at the Texas Workforce Commission.

Neita Fran Ward ’91 of Tyler was guest speaker at McMillan Memorial Library’s Book Talk in Overton. Ward is an employee at Valerosa Designs and Gallery in Tyler.

David Kassaw ’92 was promoted from corporal detective to sergeant by the Palestine Police Department.

Michael Briski ’97 was featured in an episode of the HGTV series “House Hunters International.”

Kara Sewell ’05, left ,WXIX-TV Fox 19 in Cincinnati, Ohio, in January to become the News 8 Daybreak co-anchor at WFAA Channel 8 in Dallas — the No. 5 TV market in the nation. A Houston native, Sewell started her career at KOSA-TV in Midland-Odessa in West Texas after interning at KTRK-TV in Houston. 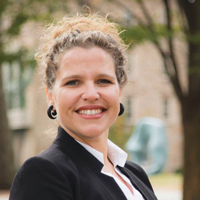 Erin Wolf ’02 of Princeton, New Jersey, was appointed the inaugural associate director of international travel and safety at Princeton University. 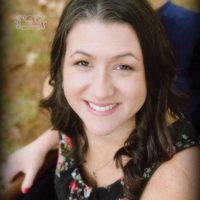 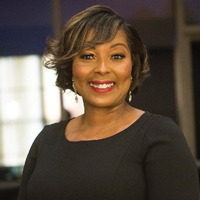 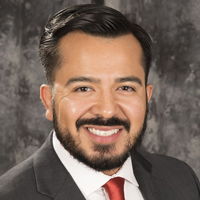 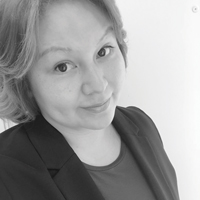 Dina Hegseth ’10 of Kingwood became a Realtor® in January at Keller Williams Heritage in San Antonio. 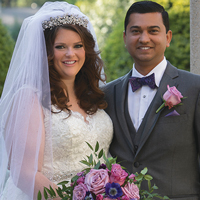 John Hughes ’15 and Sarah Volkman ’15 of Houston were married in Lufkin and now reside in Houston. 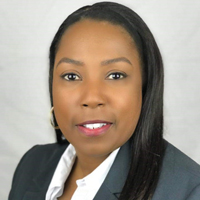 Stephanie Johnson ’17 received the Texas Council of Professors of Educational Administration’s Outstanding Dissertation Award, which recognizes an exceptional doctoral-level dissertation that expands the knowledge of educational administration at postsecondary or K-20 levels.