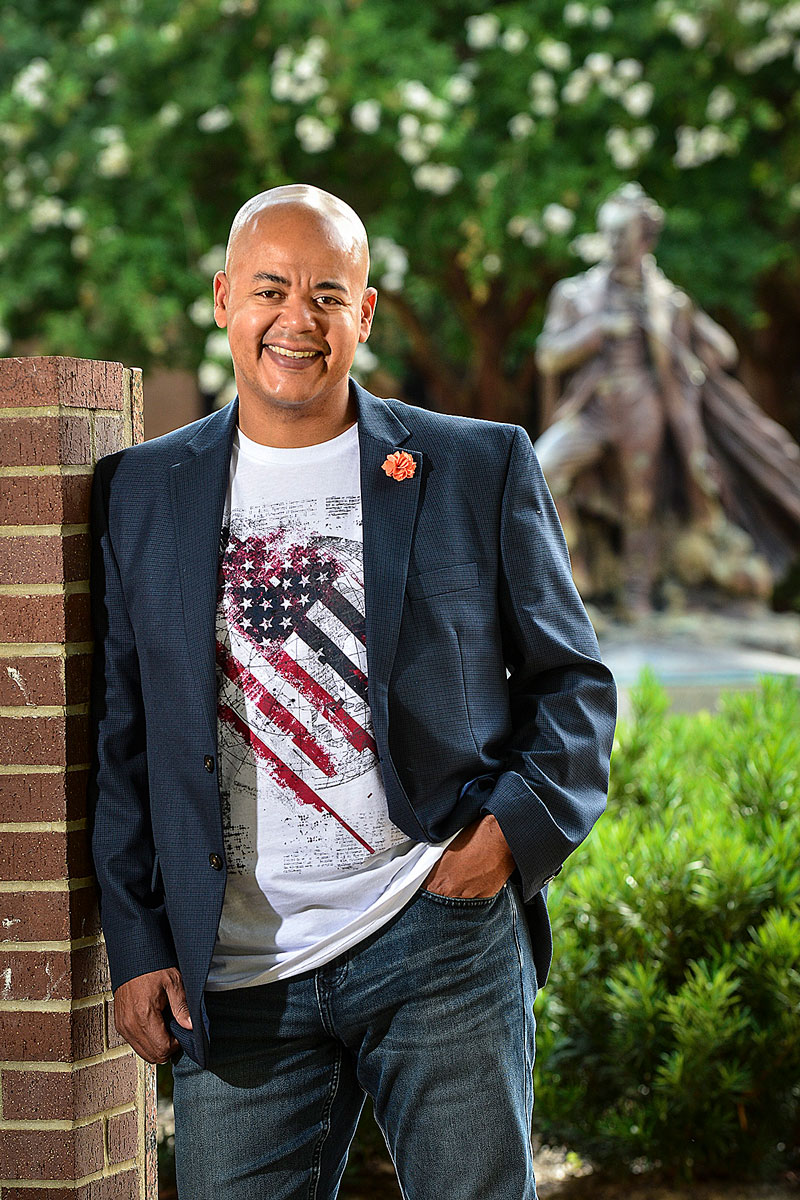 While growing up in Houston, Malcolm LaVergne thought attending law school might not be in the cards for his future. But for the ’97 SFA alumnus, now practicing law in Las Vegas, all it took was hard work, initiative and perhaps just a little Lumberjack luck.

“In high school, people would say to me, ‘You would make a great lawyer.’ But no one in my family was an attorney, so it seemed to me to be a pipe dream,” LaVergne said.

“Dr. Gregory was the prelaw club advisor, Law School Admission Test coach and the moot court sponsor. He said to me, ‘You need to do X, Y and Z, and you can write your own ticket to law school.’ So I did X, Y and Z, and I went to Cornell Law School,” LaVergne said.

“I worked as a volunteer firefighter, as a security officer, and I drove an ambulance. I had been out of school for a while doing the proverbial, ‘figuring it out,’ when my mom told me, ‘the longer you stay out, the more distant it’s going to be,’” LaVergne said.

While at SFA, LaVergne continued to work as an ambulance driver and also worked as a technician at a local psychiatric hospital. But he considers his work as a volunteer firefighter the most rewarding part-time work, and he worked in that capacity in New York while practicing law.

“As a firefighter, even on a volunteer basis, you learn discipline and skills performance, and one night a week was devoted to training. You learn to deal with people in high-stress situations and how not to lose your cool,” LaVergne said. “But all of the jobs I worked were honorable jobs that taught different lessons about managing people and managing expectations; it was a great learning experience.”

Following law school, LaVergne practiced law in New York and Texas before moving to Las Vegas. “I was still trying to figure out what I wanted to do with my legal career, and I visited a colleague in Las Vegas who is 10 years older than me and very successful,” LaVergne explained. “I moved there in May 2006 and passed the bar in July 2006.”

LaVergne’s clients have included some highly recognizable names, including O.J. Simpson and Floyd Mayweather Sr., but LaVergne said providing legal counsel to assist people is a rewarding career, regardless of the celebrity status of your client.

“Years ago, I assisted a family who had moved to the United States from the Philippines to run an assisted-living facility, but there was a disagreement among their partners,” LaVergne recalled. “One partner threatened to shut the entire facility down. That would have been tragic for the family, because they held investment visas that were tied to the existence of the facility. If it had closed, they would have been forced to leave the country in disgrace.”

LaVergne was able to secure an injunction to prevent the closure, and the facility remained open. He is still in touch with the family and frequently visits with them.

“It is very fulfilling to be able to make a difference like that,” he said. “Their two daughters were 8 and 10 years old at the time, and one is in college now. The other just graduated from college, and I joined the family for a celebration of her acceptance into medical school.”

“The high school students who attend the academy are aspiring future leaders in our community. The lessons they learn here, from legal theoreticians and practitioners with decades of experience in law, have a profound and lasting impact on our students,” Gooch said. “We are grateful to the visiting leaders who help us give our students a breadth and depth of knowledge and experience in the law and legal profession and make the academy a unique and edifying experience.”