The SFA Alumni Association annually bestows its highest honors on individuals who have made outstanding contributions to their professions and community, committed themselves to advancing the values and goals of SFA, and ensured a better quality of life for future generations. 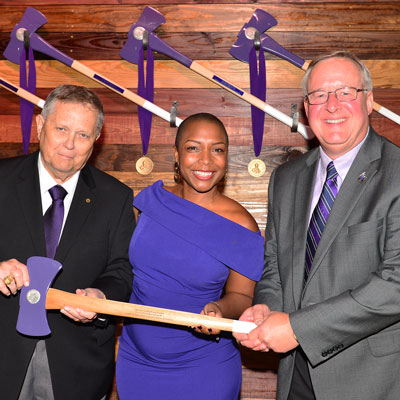 Krystal Richardson Lucero ’05 is a senior interior designer with Edwards + Mulhausen Interior Design in Austin. She has served in leadership roles with the International Interior Design Association, the Texas/Oklahoma Regional Student Conference and Austin City Center.

While an SFA student, Lucero participated in numerous university activities and organizations. She was involved in the student chapter of the American Society of Interior Designers, and she served as a human sciences ambassador, representing SFA’s design program. She was an Orientation leader, SFA 101 student instructor, Jack Camp counselor and student body vice president in 2004.

Today, Lucero remains highly involved in SFA, serving as a member of the Interior Design Advisory Board for 10 years. As an SFA advocate, she also serves as co-chair of the Austin SFA Alumni Chapter and is a life member of the SFA Alumni Association. 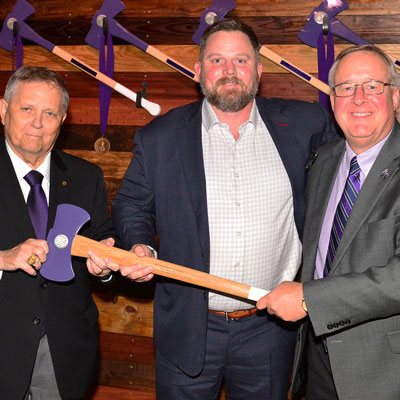 Blake Wilcox ’02 is a licensed Texas real estate broker specializing in residential home sales in Montgomery, The Woodlands, Tomball, Houston, Houston Heights and other areas surrounding Houston and Montgomery County. He is the recipient of the 2015, 2016 and 2017 Best Realtor Award, and he received the Five Star Real Estate Agent Award for Customer Service, and a Top Realtor Award for Woodforest Development. 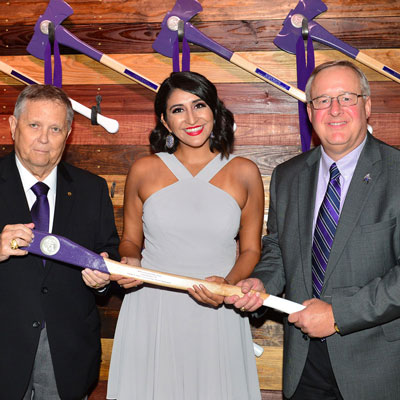 Erika Bazaldua ’14 has spent much of her life involved in radio/TV. At the age of 11, she began her career in mass communication serving as a “kidcaster” for Radio Disney — a position she held until her high school graduation. Today, Bazaldua is a main anchor on KLTV’s “Good Morning East Texas,” which broadcasts from Tyler.

Bazaldua credits her time at SFA with helping hone the skills she would later leverage to work in television. She said her experience as a Jack Walker (student tour guide) was pivotal, as it put her in front of prospective students and their families.

Bazaldua continues to support SFA. She often is seen on air wearing SFA purple and highlighting information about her alma mater whenever she gets the opportunity. As a familiar face to many in the East Texas region, Bazaldua’s positive influence has helped promote the university and the myriad definitive reasons to attend SFA. 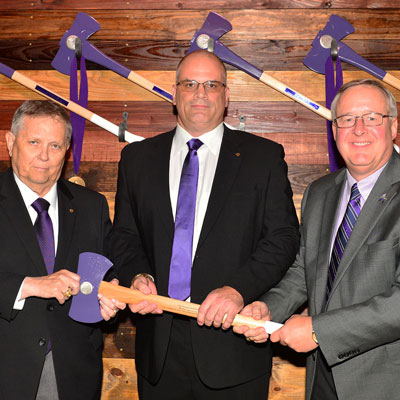 Dr. Christopher E. Comer came to SFA in 2005 as an assistant professor of wildlife management. He was later promoted to associate professor and named full professor in 2015. During his tenure at SFA, he procured more than $3.6 million in external funds for research from a diverse set of public and private partners.

His awards include the 2011 Teaching Excellence Award for the Arthur Temple College of Forestry and Agriculture, the 2012 Educator of the Year award for the Texas Chapter of The Wildlife Society, co-recipient of the Distinguished Grant Award for a senior faculty member at SFA in 2014, 2016 and 2017, and the SFA Faculty Achievement Award for Research in 2015. 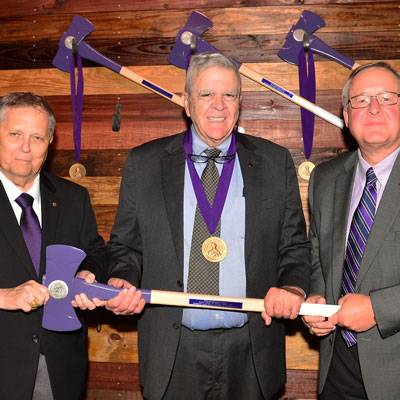 In 1964, Bailey joined SEAL Team Two. He led combat and intelligence operating patrols in Vietnam and a mobile training team in Cartagena, Colombia, where his team trained Colombia’s first SEAL-equivalent unit. He subsequently held various staff and command assignments in the United States and around the world.

In 1977, Bailey graduated from Armed Forces Staff College and, in 1980, he earned a master’s degree in education from East Carolina University.

After retiring from the Navy in 1990, Bailey became program director for the American Defense Institute in Washington, D.C., a patriotic nonprofit foundation. 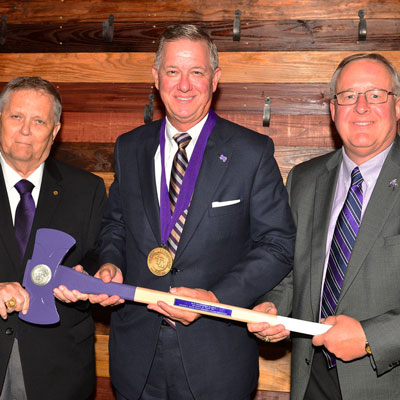 Taff has held various financial leadership roles at HMT Inc., Philip Services Corp. and British Petroleum Oil Co. For nine years, he worked in public accounting at Price Waterhouse. In November 2016, Taff was selected to be a panelist for the Rusche College of Business Leadership Summit. 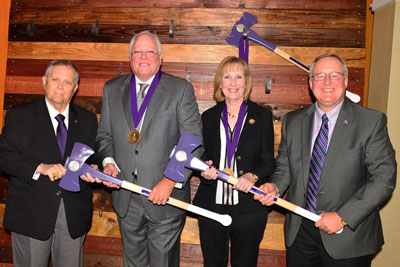 After graduating from SFA, William A. (Bill) Murphy ’73 (middle left) began his career at Texas Instruments Supply Company, serving as senior buyer while working his way up to regional manager.

In 1985, he joined Pioneer Standard Electronics Inc. of Cleveland, Ohio, becoming area vice president for the Central and Southwest United States and Canada. From 1995-97, he worked for Bell Microproducts as the senior vice president of U.S. industrial sales based in San Jose, California.

In 1998, Bill joined TTI Inc. in Fort Worth and served as vice president for global strategic accounts and contract manufacturing. After the acquisition of TTI and its subsidiaries by Berkshire Hathaway Inc., Bill moved to Mouser Electronics Inc. in Mansfield to become vice president of global product support and information. He retired after 43 years in the electronics distribution industry in 2016 after serving as global vice president of human resources.

With a career spanning 40 years as a registered and licensed dietitian, Dr. Marla D. Murphy’s ’73 (middle right) influence on patients, students, coworkers and the community has been immeasurable.

She has served in leadership roles with medical centers and universities throughout Texas and California, including as the director of nutrition services for Cook Children’s Medical Center in Fort Worth, director of the dietetic internship for Baylor University Medical Center in Dallas, assistant professor in the School of Nutrition at Texas Christian University in Fort Worth and clinical dietitian for the Cooper Clinic Aerobics Center in Dallas.

She and her husband, Bill, met at SFA and continue to attend SFA events. The couple supports the university and its students through the Dr. Marla D. and William A. Murphy Scholarship, which benefits students in the Rusche College of Business.

Bill and his wife, Marla, are life members of the SFA Alumni Association.