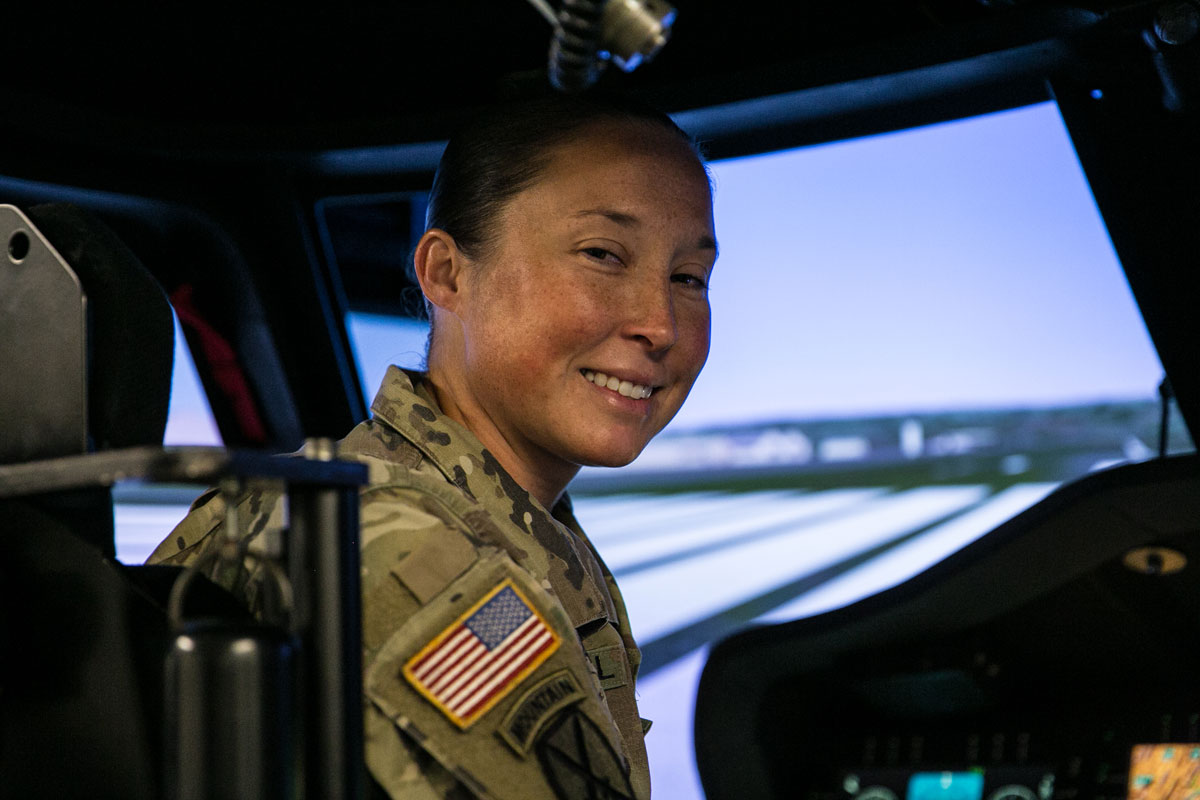 'Jacks of All Trades

Maj. Erin Braswell ’05 can trace the beginning of her journey to a career in the Army back to a single, pivotal day.

Now serving as an aviation officer at Wheeler Army Airfield in Honolulu, Hawaii, she was then pursuing a bachelor’s degree in health science and playing softball at SFA. When the events of 9/11 unfolded, Braswell knew she wanted to change her life’s direction and find a way to serve others.

“I remember going to softball practice that day and the coach telling us that this was a life-changing moment for everyone in our country,” she said.

For Braswell, it was the moment that set her on the path to military service.

Deciding to leave softball after the season, she met Maj. James Attaway, now a professor and chair of SFA’s Department of Military Science, when he worked as a divemaster in a scuba diving class in which she was enrolled. Speaking to Braswell about the benefits of SFA’s ROTC program, Attaway convinced her to try it out and see if it could be a fit for her.

“Immediately after meeting Erin, I knew she was destined for great things,” Attaway said.

While she didn’t initially know if she wanted to pursue a military career, SFA’s ROTC program provided her with a place to learn before making a commitment to the Army. Through the program, she learned land navigation, orienteering, squad tactics and leadership skills, among other problem-solving techniques, Braswell said.

“The things we were able to do in the woods of East Texas due to the location of SFA helped build a solid base for me,” she added. “At SFA, I was able to achieve all these basic skills you really need to have to be successful in the Army. I credit the ROTC with so much of what I have been able to accomplish and the base-level knowledge it gave me.”

Additionally, Braswell recognizes the role Attaway played in guiding her toward her career. “There’s this running joke in the Army that you should thank your recruiter, so I tell anyone who will listen that I’m in the Army today because of James Attaway,” she said.

Before advancing to her current role as an executive officer with the 25th Combat Aviation Brigade, Braswell served as an air ambulance helicopter pilot and an air assault helicopter pilot, running resupply and troop transport missions. She has garnered more than 13 years of flight experience. Working toward a promotion to lieutenant colonel, Braswell has worked tirelessly to serve as the brigade executive officer because of the positive impact she could have on subordinate battalions.

“I just thought, ‘Let’s go all in. I want a job where I can make the most impact.’ And for me, that is being the brigade executive officer,” she said.

In her current role, Braswell leads a staff of approximately 110 people, providing guidance and setting daily priorities. This role allows her to play an integral part in the growth and professional development of some of the Army’s future leaders.

“It is incredibly humbling to lead so many people and be able to affect their professional development,” Braswell said. “My goal is to make sure they’re not as good as me, but that they’re better.”

It’s this desire to make a difference that has motivated Braswell to remain beyond her initial commitment and make military service her career.

“I’ve stayed in the Army because I’ve had great leaders who showed me what it means to serve others,” she said. “To me, it’s important to leave the Army better than you found it.”