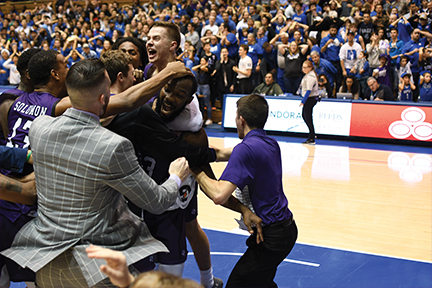 The Lumberjacks chopped down the biggest opponent in program history to end November, walking into Cameron Indoor Arena and upsetting top-ranked Duke University at the buzzer, with an 85-83 final score. The win was the first home loss for the Blue Devils to a non-conference foe in two decades and snapped a 150-game winning streak in such games for Duke. Senior forward Nathan Bain was the hero of the night, grabbing a loose ball and running nearly 80 feet for the game-winning layup as time expired. 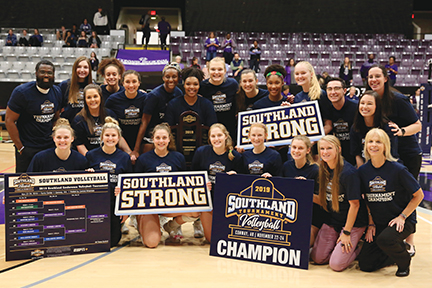 SFA volleyball secured the three-peat this past season, winning its third-consecutive regular-season championship and tacking on a second-straight tournament championship, as well. The Ladyjacks put together a flawless 16-0 conference season as part of a 29-match winning streak that stretched into their second-consecutive NCAA tournament appearance. Head coach Debbie Humphreys was named the Southland Conference Coach of the Year, while Ann Hollas, Corin Evans, Maddie Miller, Danae Daron and Taya Mitchell all received All-Conference honors.

Among the additions to the SFA Athletics Department this winter was new head soccer coach Tony Minatta, who took the reins of the Ladyjack soccer program from Wally Crittenden, who moved into an administrative role with the department. Minatta is the ninth coach in program history, and he joins the Jacks with years of experience coaching in the PAC-10 at Iowa State. 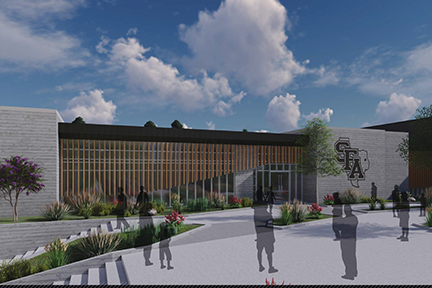 As part of a university-wide capital improvement plan, SFA is building a $26-million addition to the northeast corner of Johnson Coliseum that will be named the Loddie Naymola Basketball Performance Center. The 42,000-square-foot facility will house office spaces, locker rooms, a full-size practice court and weight room, and athletic training/sports medicine spaces to be used by both the Ladyjack and Lumberjack basketball programs. Construction on the performance center is well underway and should be completed by March 2021. 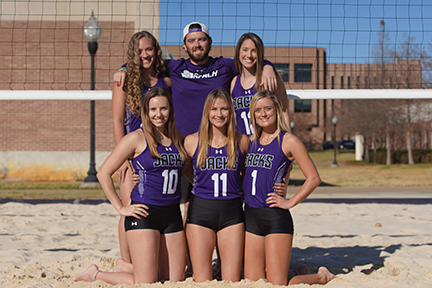