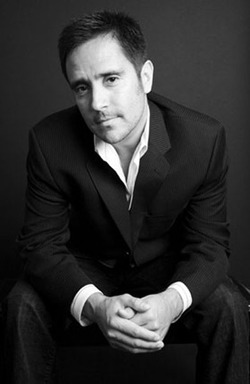 As a vocalist, Houston-based Caceres will perform Frank Sinatra's "Luck Be a Lady" and Michael Buble's "Can't Buy Me Love." He will sing and play on All Jarreau's "Roof Garden."

The Swingin' Axes, directed by Dr. Deb Scott, professor of trombone and jazz studies in the SFA School of Music, will also perform "Berglike" by Chris Culver, "Blues and the Abscessed Tooth" by Matt Catingub, and "Point of Return" by Paul Ferguson.

The Swingin' Aces, directed by Dr. J.D. Salas, associate professor of tuba and euphonium studies at SFA, will perform "Basically Yours" by Thad Jones, "Time After Time" by Sammy Cahn and introduced by Frank Sinatra, and a version of The Beatles' classic "Norwegian Wood" made famous by The Buddy Rich Big Band.