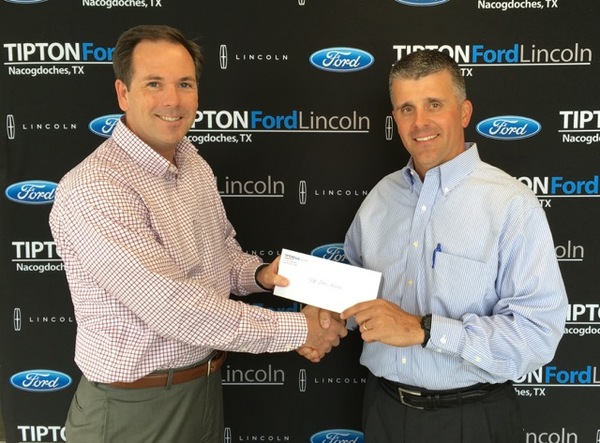 Dr. John Allen Hendricks, chair of the Stephen F. Austin State University Department of Mass Communication, left, accepts a check from Neal Slaten, president of Tipton Ford Lincoln of Nacogdoches. The dealership is sponsoring mass communication students in an upcoming trip to the National Student Advertising Competition, which will be held Thursday through Saturday, April 14-16, in Lubbock.

During the fall American Advertising Federation District 10 competition in Houston, two SFA students were members of the first-place team and one was a member of the third-place team. For that competition, participants had only eight hours to create an advertising campaign.