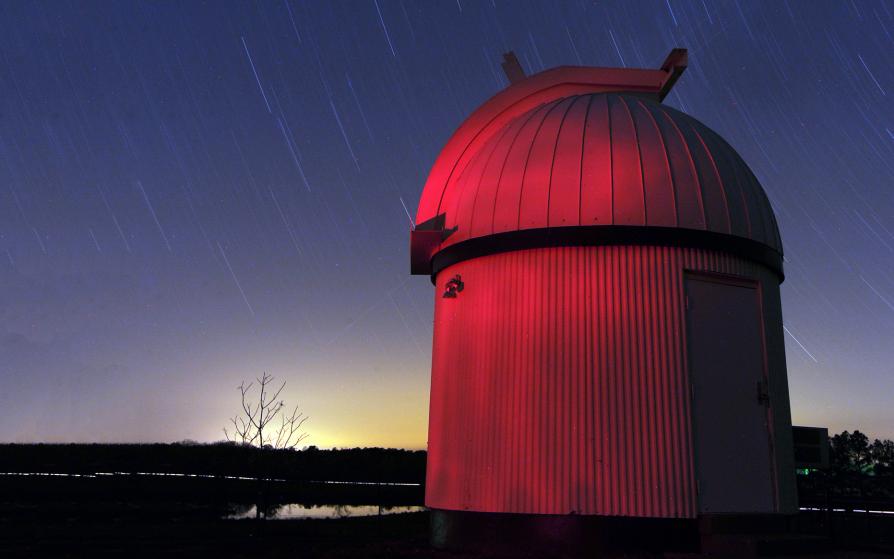 SFA operates not one but two observatories for students to take their learning to the next level. In fact, we operate the second-largest observatory in the state (and the entire central time zone, for that matter!) and the largest student observatory in Texas.

The observatories are located 11 miles north of Nacogdoches in order to ensure that students have the clearest, light pollution-free view of the night sky possible.

Upwards of 600 astronomy students a year take advantage of the biggest student observatory in the state of Texas. Students use this observatory to enhance their learning experience at SFA and to conduct research of their own.

The Society of Physics Students also conducts regular public viewing nights at the student observatory to introduce the public to a view of the night sky they rarely see and will never forget.

Our research observatory is a busy place. Staff and students alike take advantage of these facilities and have dedicated their time to exploring the outer reaches of space and the planets and phenomena that can be found there.

Some current and past research at the SFA research observatory includes:

The student observatory operates 12 8-inch Meade LX-90 Schmidt-Cassegrain telescopes and four 6-inch Newtonian reflectors that can be mounted on rigid pedestals for student use.

Directions to the observatory

The SFA Observatory is located 11 miles north of Nacogdoches, off of highway 259. Here is a printable map.

Not Sure What to Study? We’re Here to Help.

Meet With an Advisor