The Office of Title IX produces a yearly summary of the number of reports received from employees under Texas Education Code, Section 51.253(c).

In summary, 696 individual reports were received from SFA employees who reasonably believed they had information surrounding a potential violation of SFA Policy 2.13, Title IX. Of these reports, 447 were duplicates, wherein multiple university employees filed a report on the same incident, in accordance with the law.

These individual reports were then combined to make 249 unique cases including, but not limited to, reports of program inequity, sexual harassment, sexual assault, dating/domestic violence, and/or stalking.

Every report received by the Office of Title IX is assessed to determine if the alleged violation meets the definition by federal standards.

Referring to the second page, the following is a breakdown of the reason each unique case was closed.

Since the time of this report, one of the six aforementioned cases completed the live hearing process, which updated the disposition to “concluded with student disciplinary sanction.”

The university respects the wishes of Complainants and only moves forward on a complaint without participation from the party impacted if there is:

The Office of Title IX remains dedicated to pursuing an environment free of sex- and gender-based discrimination by stopping harassment, remedying its effects, and preventing its occurrence under the guidance of federal regulation and state law.

Those with questions regarding this report, their mandatory reporting responsibilities, or are in need of support can contact the Office of Title IX at 936.468.8292 or by email at titleix@sfasu.edu to speak directly with a team member. 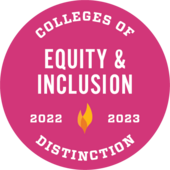