Alumni to be honored during Sept. 23 awards banquet 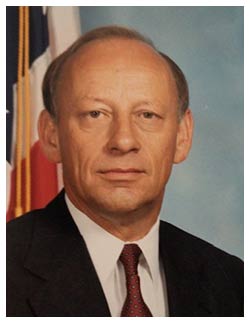 Retired FBI Special Agent in Charge Charlie J. Parsons '65 has a background in crime fighting and drug prevention. Parsons graduated from SFA with a triple major in English, history and business and a minor in biology. While attending college, he served as president of the Pi Kappa Alpha fraternity, senior class president and vice president of the student congress. During his senior year, Parsons was elected Mr. SFA. He joined the FBI in 1969 after graduating from Bates College of Law.

Parsons served in a variety of positions with the FBI for more than 27 years. He led investigations into New York's five Mafia families and taught at the FBI Academy in Quantico, Virginia. In 1979, he led investigations into the Mafia's infiltration of the casino industry in Nevada, resulting in convictions of four crime family bosses and the entire Chicago family leadership. Nick Pileggi, the author of “Casino,” described Parsons as “the man who cleaned up Las Vegas.”

From 1991 to 1996, Parsons was in charge of the FBI's Los Angeles field office, the second-largest office in the bureau, where he successfully led efforts to reduce violent crimes and street gang activities.

After a three-day retirement, Parsons became the new president and CEO of the world's largest drug and violence prevention organization, D.A.R.E. International. He has been honored with a Presidential Award for his leadership during the 1992 Los Angeles riots. In 2009, Parsons was designated as a Distinguished Alumnus of Longview High School. 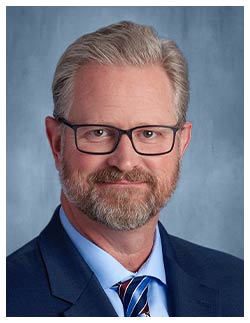 Principal of Allen High School, Matt Russell '96 holds a Bachelor of Science in kinesiology with a special education endorsement.

During his time at SFA, Russell was involved in a number of organizations, including as a big brother in the Gamma Sigma Sigma service sorority and as a member of the SFA water ski team. He also was a member of the Council for Exceptional Children and volunteered with the Special Olympics. 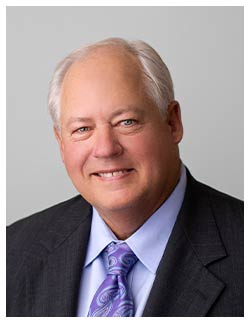 Chuck Tomberlain '84 truly bleeds purple and beams Lumberjack pride. While attending SFA, Tomberlain was a member of the Kappa Alpha fraternity where he met his wife of 38 years, Babette '85.

His time at SFA was spent developing lifelong relationships, like the one with his mentor and former professor Dr. Weldon Smith. But the most momentous SFA relationship emerged after his graduation when a man named Bob Sitton stopped by Tomberlain's office and encouraged him to be an active alumnus. That meeting was the beginning of a long friendship and a deep love for SFA.

After graduating from SFA, Tomberlain returned to Longview to become the second-generation owner of Charles Tomberlain Insurance Agency and developed his own company, B&C Properties. Safeco Insurance recognized his agency with the H.K. Dent Award, which is given to the top 2% of its agents nationwide. Tomberlain has been awarded the Safeco Award of Excellence for 11 consecutive years and was selected by Safeco's management team to serve on its Agency Council — an honor given to the top 1% of agents in the nation.

Tomberlain has served 12 years on the SFA Alumni Association board, including as president, and two years on the Alumni Foundation Board, including as past chair. He received the Outstanding Young Alumni Award and founded the Tomberlain Family Scholarship Fund. He also is a founding member of the East Texas SFA Alumni Chapter and a co-founder of the SFA East Texas Scholarship Golf Tournament. 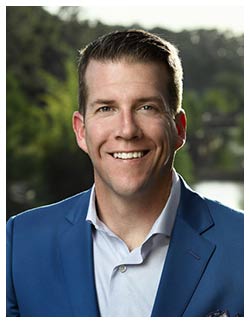 After high school graduation, Devin Greer '07 followed his high school sweetheart, Amber, to Nacogdoches and SFA. Born and raised in Orangefield, he became the first in his family to attend college. While at SFA, Greer played midfielder for the SFA lacrosse team and served as president of the American Marketing Association during his junior and senior years. In that role, he and his team competed in the AMA's National Collegiate Case Competition, where hundreds of universities create marketing and advertising campaigns for a sponsored company. The SFA team qualified for finals at Disney World and placed third overall.

After receiving a bachelor's degree in marketing with a minor in finance, Greer moved to Houston to join the team at Mattress Firm under the leadership of notable SFA alumni Steve Stagner and Ken Murphy. In 2008, he accepted a position as a wealth management advisor with Northwestern Mutual to pursue his passion — financial services. In this role, Greer co-led a team in serving the financial planning and wealth management needs of clients while based in The Woodlands.

Greer and his wife have two daughters, Abigail and Hannah. The couple serves on their church's administrative board and supports several charities, including Music Doing Good, the American Heart Association of Montgomery County, Candlelighters Childhood Cancer Family Alliance, Home of Hope and Alex's Lemonade Stand. Greer is a member of the Go-Texan Committee for the Houston Livestock Show and Rodeo. 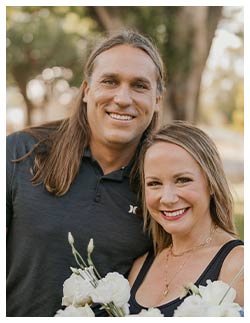 Owners of the wedding and event floral shop Bloom Bar, Kayli '08 and Derek Head '09 have designed more than 100 weddings annually since launching their business in 2015. Both from Garland, where they met in high school, Kayli studied communications and journalism at SFA and was involved in the Student Activities Association and Public Relations Society of America while Derek studied health science. After graduation, the couple married in 2011, and both were active in the Nacogdoches community, where Derek served on the board of directors for the Nacogdoches County Chamber of Commerce, and Kayli volunteered. Derek helped establish the Healthy Nacogdoches Coalition and worked for Nacogdoches Memorial Hospital. Kayli worked in what is now SFA's Division of University Marketing Communications.

After Derek accepted a job offer in Central Texas, Kayli worked for the Main Street Programs in Bastrop and San Marcos. There, she was inspired by local entrepreneurs and decided to follow her lifelong dream of owning a floral business. Soon after, she opened the Bloom Bar in San Marcos, and Derek left his career to join the business full time in 2018. Bloom Bar has received many awards, including Emerging Business of the Year from the San Marcos Chamber of Commerce, Business of the Year from the San Marcos Main Street Program and multiple best floral awards. Kayli has received the Shining Star Under 40 Award and is a preferred vendor by the Associated Wedding Planners of Austin. The couple recently moved to Derek's family ranch in La Grange, and the business has been relocated to nearby Smithville. 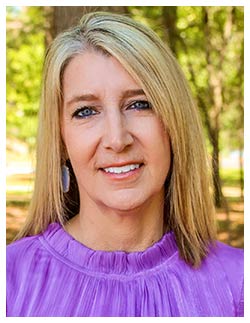 While an SFA student, Tammy Purser '87 was selected to Who's Who Among Students at American Universities and Colleges, the Alpha Chi Honor Society, and the Order of Omega Greek Honor Society. Purser was a member of Zeta Tau Alpha and received the Student Service Award in 1987.

Purser graduated with a degree in radio/TV communications and worked in the radio business in Houston and Austin before moving to Atlanta, Georgia, in 1991. Three years later, she moved into the field of information technology and started working for BellSouth (now AT&T). Her job led her back to Texas in 2007. Throughout her career, she remained an active volunteer in her communities — a member of numerous employee resource groups, such as Women of AT&T and as a member of Zeta Tau Alpha alumnae groups.

At the end of 2019, Purser retired from AT&T and moved back to Nacogdoches with the desire to share her skills and talents with local and campus communities.

You can find Purser cheering on SFA athletic teams or serving as a volunteer for SFA Gardens. She also spends time volunteering at many events as an SFA Alumni Association ambassador, as well as being an advisor to her collegiate chapter of Zeta Tau Alpha. 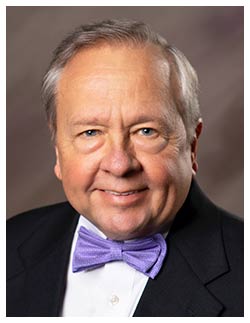 Tuttle has served as a member of the Tyler Area Chamber of Commerce and the East Texas Council of Governments, served as past president of Sales and Marketing Executives International, and participated in numerous other civic and business organizations. He was a member of the Tyler Catholic School Board from 1980 to 81 and then from 1992 to 95, and he serves on the St. Gregory Cathedral Elementary School Board.

Tuttle served as chair and founder of the Steamatic Executive Council, which represents all Steamatic franchises around the world. He also acted as a liaison between franchises and Steamatic International.

Tuttle brought back the Tau Kappa Epsilon fraternity Nu Xi Chapter to SFA in the late 1990s. He served as chapter advisor and board member for Tau Kappa Epsilon and is a supporter of SFA's Purple Lights Fund. He donates to the SFA Alumni Scholarship fund, is an Alumni Association ambassador and has worked with the association to recruit new students to SFA.

Tuttle usually can be found at the Alumni Corner prior to every home football game and, during the game, in the club boxes at the end zone cheering on his beloved Jacks.