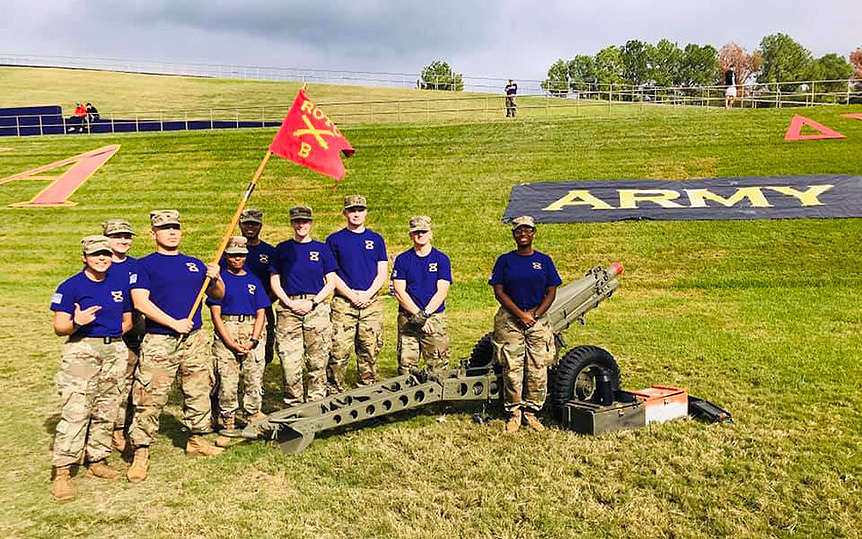 Getting fans fired up

During football games at SFA’s Homer Bryce Stadium, the Cannon Crew fires “Ol’ Cotton” every time the Lumberjacks score, which promotes promote esprit de corps for the team, the Purple Haze and the fans. At the same time, the Push-Up Crew does push-ups equal to the total points the Lumberjacks scored.

The firing of “Ol’ Cotton” has been a Lumberjack tradition since 1972.

SFA’s famous cannon was named in honor of Orren Ray “Cotton” Whiddon, a retired Lt. General in the United States Army. Whiddon is a graduate of SFA’s class of ’55, where he earned a Bachelor of Arts in chemistry.

During his military service, Whiddon received numerous awards and decorations, including the Bronze Star, Meritorious Service, Defense Superior Service and Army Commendation medals. Whiddon, who passed away in 2016, is the highest-ranking Army officer to have graduated from SFA, and he was a proud and active supporter of SFA’s ROTC program.

Get job-smart in our online career center

Not sure what to study? We’re here to help.

Meet With An Advisor