Story by Dr. Gary Wurtz
Professor and Interim Dean of the College of Fine Arts 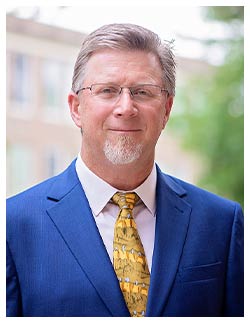 Enrollment in fine arts disciplines has grown from only a few hundred in the 1960s to almost 1,000 students in recent years. Due to the perseverance of recently retired Dean of Fine Arts Dr. A.C. "Buddy" Himes in documenting and demonstrating the shortcomings of the building, in 2018 the university pledged its support for a new structure, and ground was broken in late 2020.

Staff members from the architectural firm met for many months with SFA faculty, staff and administrators to discuss every detail of the project. Times have changed a great deal since the facility was originally constructed six decades ago, and the new building must address current needs as well as position us for the future. Supported by a $50 million budget, two major phases were agreed upon: first, a major overhaul of the existing edifice; and second, new construction that will more than double the teaching and performing spaces. Not surprisingly, $50 million goes quickly in this kind of endeavor, but ultimately the final plans are exhilarating.

In the "old" building, theatre and music students were required to share time in Turner Auditorium. As the programs have grown in size, the number of performance and rehearsal dates needed by each area made it difficult for either program to have adequate time in the space. When not able to use Turner, theatre students were relegated to small, inadequate performance spaces like the Downstage Theatre, and music students performed too frequently in the Cole Concert Hall, which, though beautiful, is too intimate to effectively handle large ensemble performances.

While the new building will have plenty of classrooms, rehearsal studios, student lounges, study spaces and offices for faculty and staff, some of the more exciting additions will bring some of our most popular and fastest-growing programs into currency.

The School of Art's filmmaking program, long led by Professor William Arscott, will be able to abandon its makeshift facility in an old house on Starr Avenue and establish its home in a beautiful new space with a modern soundstage and all of the appropriate support spaces to accompany it.

The School of Music's sound recording technology program, led by Professor James Adams, will finally abandon space that has been improvised and fashioned out of old classrooms and closets, and it will take up residence in a state-of-the-art recording facility with two studios, isolation booths and much more. The dance program will be housed in two studios that will serve its daily teaching and rehearsing requirements as well as provide functional performance venues for smaller programs. Finally, space will be allocated to exhibit the work of art students and faculty members. Everyone in the college will share in the joy and pride of our new building.

Weather permitting, we are planning a glorious opening in spring 2023. For those interested, naming opportunities still exist, so please contact us about that. We would love to name a theatre, performance hall or entire building after you!