Let's play a game called is this real, or are you pulling my leg?

This is how it goes: I tell you the story of a man who fell in love with animals as a boy, graduated college at 19 years old, went on to receive his Doctor of Veterinary Medicine at 23 and become one of the youngest veterinarians in the state, landed a dream job straight out of college and is now making a name for himself in the cattle obstetrics world, all before turning 25. When I'm done with the story, you tell me if you think it's real or far too fantastical to be true.

Dr. Tim Turner '16 has lived a truly dedicated life. Born and raised in Alazan, just a 15-minute car ride west of Nacogdoches, the care of animals big and small became a passion of his at a young age.

Of course, you hear this about passions often, because they are frequently sown during childhood, when the world is full of wonder. But this translated differently in Turner's life. His passion was unwavering — it stuck so deep that, at 10 years old, Turner was moved to action. He began volunteering at Nacogdoches' Eastex Veterinary Clinic with Dr. James A. Weatherly just to be near furry friends, and he learned enough there to steer the direction of his future.

"I would not be a veterinarian without Dr. Weatherly," Turner said. "Whenever I first started working with him, I was still in that kid phase of just loving animals. When I was 12 or 13, I started to get interested in and grasp the medicine and disease side of animal care. That's when I really fell in love with the work."

A lifetime of dedication paid off almost immediately when Turner was hired straight out of his doctoral program to take over Dr. Clint Owens' mobile vet clinic in Longview. His position with The Outdoor Vet is one Turner only dreamed of landing after paying his dues in the veterinary field for many years.

"This is very similar to what my dream job is, which is to be a small animal surgeon in the morning and a large animal vet in the afternoon," Turner said. "I didn't expect to be blessed to come into this job and have such a large base of wonderful clients. Also, I don't think I could have moved forward as quickly as I did if I wasn't 100% sure of what I wanted to do from such a young age."

Nacogdoches County is Turner's home, and this familiarity made SFA an easy choice as he began his path toward veterinary medicine.

"My grandfather graduated from SFA, so I had a long-running connection with the school," Turner said. "I also knew vet school was going to be super expensive, so I chose SFA, in part, because I could stay home and save money.

"The personal instruction I received at SFA was phenomenal. The faculty and students all take you under their wing. We had all kinds of barbecues and meetups — there was always something going on, and the professors were very involved." Turner's work stood out to many of the faculty members that led his undergraduate courses.

"I had heard Tim was an excellent student and had great skills in the lab from other faculty members. He has a natural curiosity, knows how to analyze a problem, and he also has the capacity to solve the problem," said Dr. Alyx Frantzen, SFA associate professor of chemistry. "I have known since I met Tim that he would accomplish his goals."

Being younger than most college students didn't seem to faze Turner. He excelled in his classes and his extracurricular activities.

"Tim is one of the most intelligent students I have met in my 18-year career," said Dr. Joey Bray, professor and chair of SFA's Department of Agriculture. Bray also served as Turner's academic advisor and as advisor for the campus pre-veterinary medical organization. "Tim always went above and beyond to learn and apply the knowledge I would teach him. He was the type of student faculty members love to teach because he has great critical-thinking skills and was very inquisitive."

Having played an important role in Turner's formative years, SFA continued to influence the course of his life. As the story goes for so many Lumberjack alumni, Turner also met his future wife, Megan Jenkins Turner '16, while studying at the university.

"We met in Organic Chemistry I," Turner said. "We were dating other people at the time, but one year later, when we both took Biochemistry I together, we had broken up with our significant others and reconnected. We started dating fall 2014."

Megan also is pursuing a career in medicine. She's studying at the Texas College of Osteopathic Medicine and is in the midst of the rigorous residency interview process.

Taking over the mobile clinic

Finding a position at Turner's dream job right off the bat was a bit of a fluke.

"Megan and I knew we wanted to be in East Texas, and the only real residency options for her after she graduates medical school are Longview and Tyler," he explained. "When she started her clinicals in Longview, I literally just Googled ‘large animal vets in Longview,' found Dr. Owens' information and called him. He had just purchased the small animal clinic and made the tough decision to close his large animal mobile practice. I told him one of my areas of interest is large animals, so after a lot of discussion, we decided I'd continue the mobile clinic."

As The Outdoor Vet's mobile doctor, Turner makes house calls to ranches and farms 24/7. He has worked with a wide range of animals across East Texas on an even wider range of medical issues.

"You really have to be able to take care of everything," he said. "A lot of it is preventative work, but I also do a ton of emergency work. Just last night, I was out on emergency calls until 1 a.m. I visited a cow that had trouble calving and a horse with a laceration on its foot."

While he says he hasn't yet found his niche, Turner really enjoys cattle obstetrics and hopes to direct more professional attention to that as the years go on.

"There are not many vets in the area who will take calls for cattle, so there are enough ranches to keep me working 12 hours a day most days."

So, from an interest in veterinary medicine at 10 years old to landing a dream job as one of the state's youngest veterinarians to cattle obstetrics, is Turner's story real, or am I just pulling your leg? It's as true as it is "moo-ving" to hear. 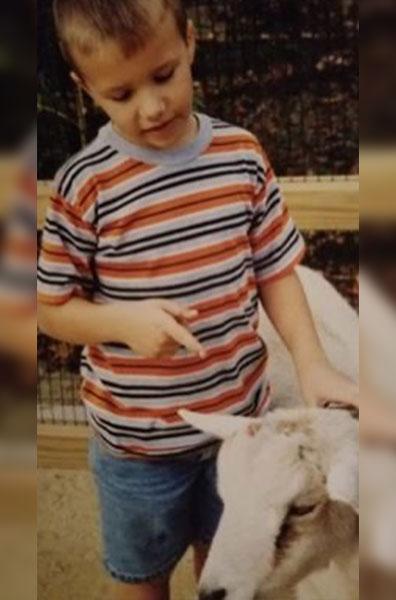 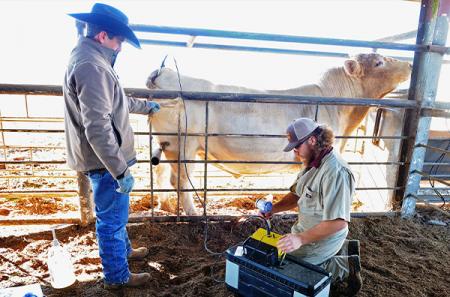 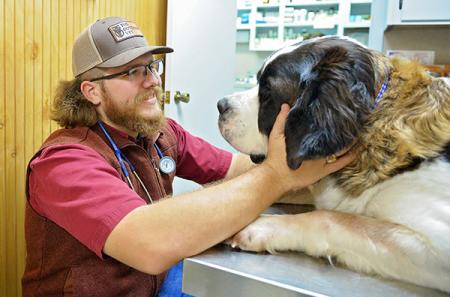