Doctors return to Alto to serve their community

Drs. Tad Scott '08 and Luke Johnson '10 have known each other since before birth. Their mothers, longtime best friends, had them seven months apart, and they've been buddies ever since.

After growing up together in Alto, a city of about 1,300 located 30 miles west of Nacogdoches, Scott and Johnson graduated from SFA, earned a Doctor of Physical Therapy and Doctor of Medicine, respectively, and practiced in big cities that include Dallas, Galveston, Houston and New York. But their thoughts kept turning toward their hometown, especially after tornadoes devastated it in April 2019.

Boys will be boys

Scott and Johnson's childhoods were filled with camping, hunting, fishing, paint ball and church activities. Overachievers from an early age, they said they rarely got into trouble.

The tamer acts they admitted to include a bet that Scott made involving eating a whole banana — peel, stem and all — during lunch at Alto Middle School one day. His act of food courage earned him about $7 in change.

Johnson wasn't as savvy as Scott when it came to making bets. While helping set up for his church's garage sale, he agreed to walk down the street to the convenience store, wearing donated items others selected for him, in exchange for someone buying him an Icee.

"I set my price too low," Johnson admitted.

That outfit featured a woman's floral romper that he accidentally wore backward; the diamond cutout was supposed to be on his lower back instead of his belly button. Luckily, the romper was paired with a derby hat to class it up a bit.

"I was reimbursed for the Icee but not the loss of dignity," Johnson said.

Scott believes Johnson's pride didn't suffer much. "Once you get to know Luke, it's clear he doesn't embarrass easily."

Their irreverent senses of humor developed further in high school, as evidenced by the song they sang as members of the varsity baseball team to "pump up" for a game.

"We sang The Bangles' 'Eternal Flame,'" Scott said. "I still crack up at that song when it comes on the radio."

Preparing to care for others

Scott and Johnson attended several University Interscholastic League competitions at SFA, so they were already familiar with the campus when they needed to choose a college.

Scott, who graduated from high school a year before Johnson, earned a football scholarship.

"When it came down to choosing where I would play, it was an easy decision after getting to know coach Mike Santiago and his staff," Scott said. "Also, I always loved the campus growing up, and I liked the smaller hometown feel of SFA and Nacogdoches."

He was sidelined for health reasons during his sophomore year, but Scott still learned a lot from the experience.

"As heartbreaking as it was losing that ability to play ball, I was lucky to be surrounded by a good group of friends, teammates and coaching staff," he said.

"I learned having family, friendship and camaraderie can get you through some pretty tough times, so I try to apply that to those I'm close with." - Dr. Tad Scott '08

During his work toward a biology degree, Scott gained knowledge he still uses today in the exercise physiology and exercise testing elements of treatment.

"And just developing the work ethic during those years of school helped out in my doctoral program and with starting my businesses," he added.

With both Scott and Johnson's older sister, Amy Guidry '06, attending SFA, Johnson knew he'd follow in their footsteps. "Both had given me a glimpse of what SFA had to offer academically and socially — hat tip to the A-Frame and Sports Shack — so it was a no-brainer," Johnson said. "It was one of the easiest, best decisions I've made, and I will always be proud to raise the axe."

"My only regret was not joining sooner," he said. "I will forever be linked to the principles of integrity, value and leadership it championed and grateful for the friends I made along the way."

Johnson said SFA's pre-health professions program laid the groundwork he needed to earn both a Doctor of Medicine and Master of Public Health.

"I wholeheartedly believe that professors like Ali Piran, Drs. Kevin Langford, Russell Franks and Jason Fritzler helped prepare me for medical school and get to me where I am today."

After graduating in December 2008, Scott married his middle school sweetheart, Kari Scott '09, and they moved to Galveston so he could earn his doctoral degree at The University of Texas Medical Branch.

Scott then began working at Houston Methodist Clear Lake Hospital, formerly Houston Methodist St. John Hospital, in 2014. In 2015, he also opened a private practice, Advancing Movement with Physical Therapy, in Houston with some business partners. There, he focused on orthopedic injuries, sports medicine and balance disorders.

In the meantime, Johnson graduated in August 2010 and completed his medical school didactics and his master's degree at St. George's University School of Medicine in Grenada, West Indies. After finishing his clinical rotations in New York and New Jersey, he completed his residency at Parkland Memorial Hospital and UT Southwestern Medical Center in Dallas.

On April 13, 2019, Scott and his brother were outside in Bryan-College Station noting the ominous-looking sky. Not long after, Scott's brother got a call from their father in Alto saying everything was gone.

"Dad is lucky to be alive today," Scott said.

The largest of three tornadoes in Alto that day hit Scott's parents' farm while his father was inside the farmhouse.

"He had just enough time to grab hold of the metal spiral staircase inside the house as the tornado passed right through it," Scott said. "It was so strong that it sucked the carpet off the foundation and lifted him off the ground. He watched cow troughs from the pasture pass through the house and all the furniture stack on itself in the corner."

The farmhouse and two barns were totaled. Scott described seeing the amount of devastation as "surreal."

"The response from everyone in Alto was unbelievable, and that's one of the reasons I moved back," Scott said. "It's hard to find a community like that, and I'm glad I got to grow up in one."

Johnson, who watched the tornado coverage from Dallas during his residency, also was impressed by the resilience of Alto residents.

"By no means was this the first time everyone has rallied together — our motto is #Altogether — but it was a great reminder of how proud I am of my hometown and why I wanted to move back, be a part of the community and help when I can."

Johnson returned to Alto in November 2019. He is now medical director at UT Health East Texas Physicians clinic in Rusk.

Despite the devastation caused by the tornadoes, the destruction didn't meet the threshold for federal assistance.

"We've largely been on our own in the aftermath," Johnson said.

Because of this, Johnson recently launched the nonprofit Alto Community Alliance to help protect the city's economic viability and promote community health and unity. The effort combines the knowledge Johnson gained while earning his master's degree in public health with the green thumb passed down from his parents that he refined by taking horticulture classes at SFA.

"Initially, our primary focus is completing the cleanup of debris left by the tornadoes," Johnson said. "Then we'll work on a city makeover."

The makeover includes planting ornamental and wildlife-friendly trees, shrubs and flowers throughout Alto and establishing a central arboretum.

"We're trying to follow the Strong Towns approach by making Alto more walkable," he said. "We think that will generate both economic and health benefits and help us create a community wellness center."

The center would offer indoor and outdoor spaces for the community to congregate, a gym and other resources.

"As a physician, I can treat only one patient at a time, and I usually see those patients once they're already sick and have developed significant risk factors," Johnson said.

"My hope is that this offers area residents opportunities to improve their overall health and optimize their quality of life." - Dr. Luke Johnson '10

As the nonprofit and community center become more established, Johnson is hoping to create some internships for SFA students. In the meantime, he's looking for volunteers; those interested can email him at johnsonla936@gmail.com.

The Scott family returned to Alto in September 2020.

"My wife and I felt like it was time to come back home," Scott said. "We have four children who want to enjoy the rural childhoods we had. We have a lot of family and friends who are like family in and around Alto. There's just no place better."

Scott added, "Plus, when our kids become Lumberjacks, we will have a short commute to check in on them!"

Like Johnson, Tad and Kari Scott have plans to serve area residents.

"We decided to open a practice in East Texas and offer another resource for medical care to the community," Tad said. "We feel this community gave so much to us growing up, and we want to give back to it."

The Scotts opened Pineywoods Physical Therapy, the first physical therapy clinic in Rusk, in November. They're also opening a location in Lufkin, and Tad is still the majority partner at AMPT in Houston.

Now reunited in their hometown, Tad and Johnson get to hang out together almost every week. If you hear "Is this burning an eternal flame?" blaring from a truck radio in Cherokee County, be sure to wave at them. 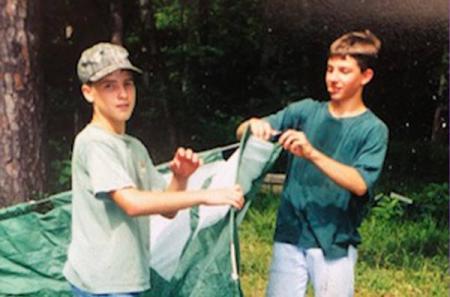 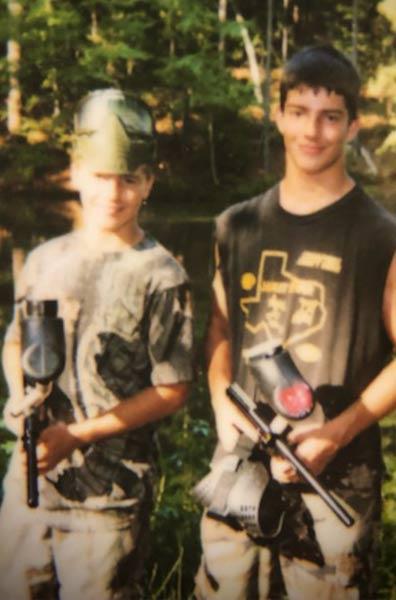 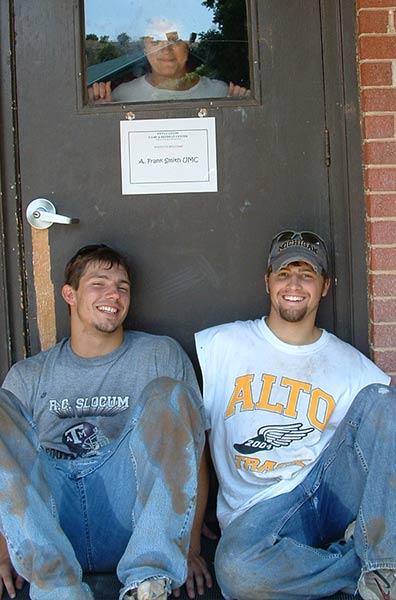 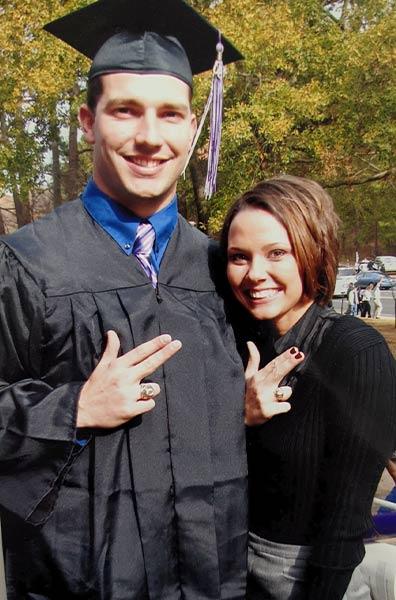 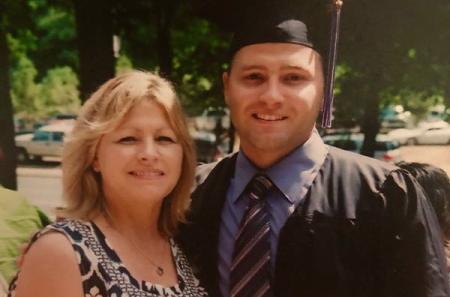