Icing on the Cake

The heart of Blue Horse Bakery in downtown Nacogdoches is the cake pedestal turntable in the decorating room. It's where owner Whitney Ronzello '09 makes edible art out of layered confections tailored for whatever the occasion may be, whether it's a golden anniversary or a baby shower.

Mondays and Tuesdays are for the nuts and bolts of the business — responding to emails and phone messages, finalizing design ideas, confirming orders, giving quotes and taking deposits. The remainder of the week is for the fun stuff — baking custom cakes and delivering them to wedding receptions and graduation and birthday parties.

She recently closed the storefront where cookies and cupcakes were sold and rents the space out to another local business. Ronzello now works out of the back of the building on an appointment-only basis. She doesn't necessarily miss the retail side of things — with as many as 14 cake orders a week, business is thriving. And with deliveries ranging from as far away as San Antonio, Dallas, Tyler and Houston, word has apparently spread.

The Spring native attributes the company's success to getting back to the basics.

"My passion has always been with the custom cakes, and that's what the business was founded on," the self-taught baker said. An equestrian who majored in animal science in SFA's Arthur Temple College of Forestry and Agriculture, the name of the bakery was inspired by her lifelong love of riding. It started out as a home bakery in 2014 and moved to its current location at 112 N. Church St. in early 2017. Before the bakery, Ronzello worked for a home health software company.

This past spring, she baked and decorated cakes in New York as a contestant on the Food Network's "Spring Baking Championship: Easter," vying with seven others for a $25,000 prize. Eliminated in the fourth round, she returned later in the series to assist the eventual winner. The series premiered in February and generated a strong cycle of media coverage for the bakery.

Ronzello and spouse Tony have two children, daughter Mia and son Leo, and a baby due in September, so she keeps a play space in the bakery for those times when motherhood and business intertwine.

"We like to keep it busy," Ronzello said. "This is not necessarily a 9-to-5 job, and there's not a whole lot of sleep during the holidays. But that's the industry."

Ronzello's cakes can be as large as 30 pounds. Gravity-defying cakes are her specialty, and she employs imagery from across the firmament of American culture, from Teenage Mutant Ninja Turtles to Jurassic Park, from a space cake with planets to one topped with a tilting pot of honey.

Chilled before transport, a Blue Horse Bakery cake hasn't truly arrived until it's been personally delivered by Ronzello. She brings her emergency to-go bag with wire, wire cutters, extra icing, scissors, an offset spatula and gloves — just in case. "I want to make sure all my cakes are perfect before I let them leave my hands," she said. 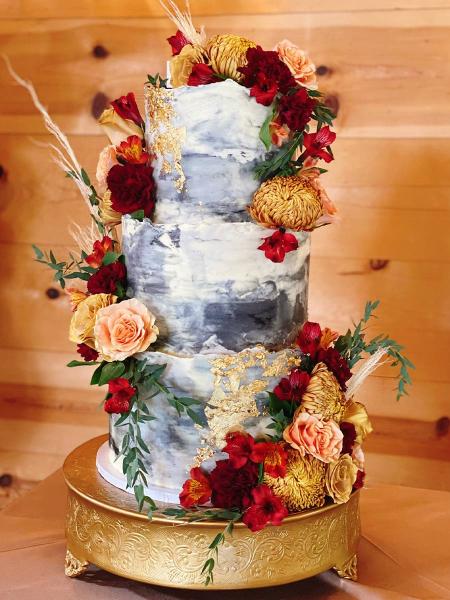 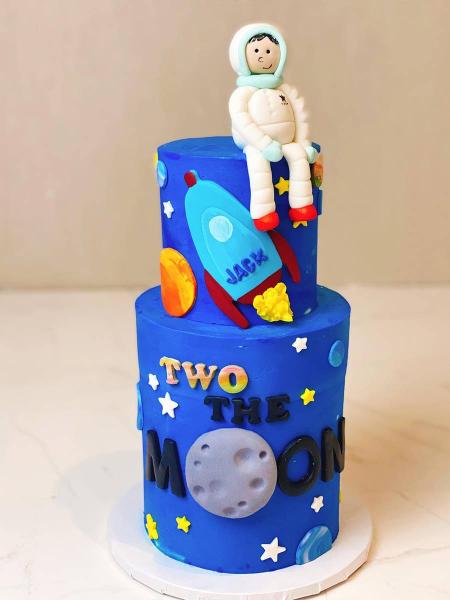 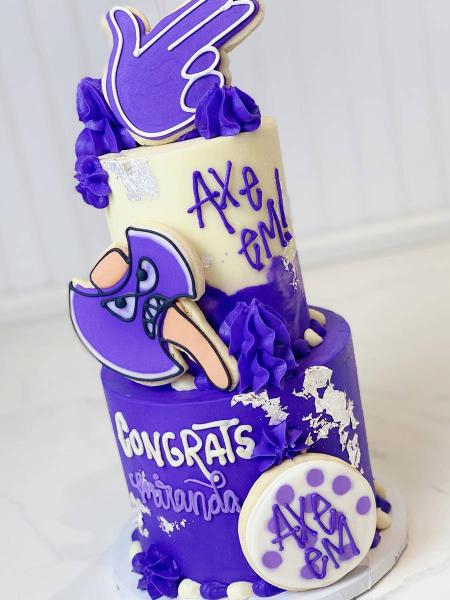 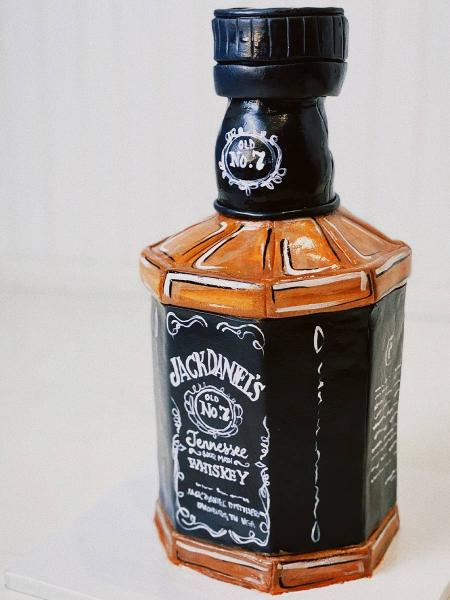 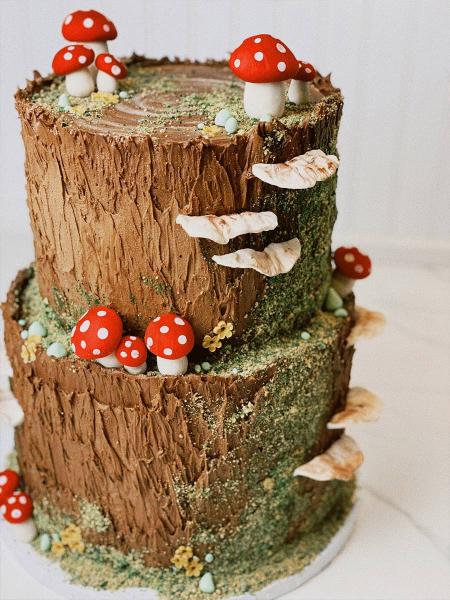 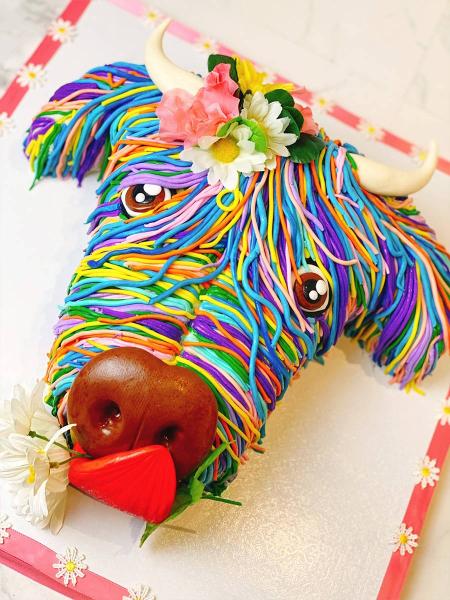 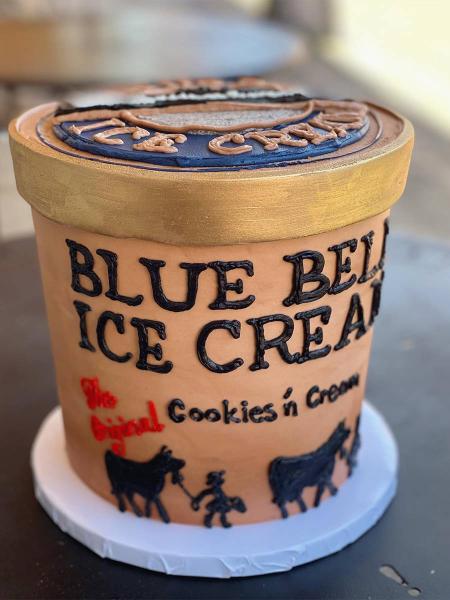 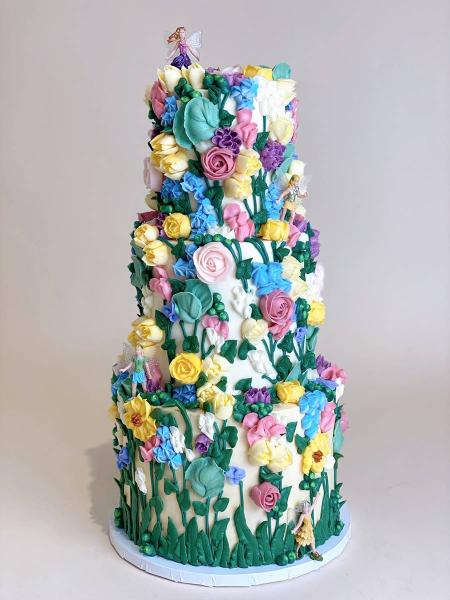 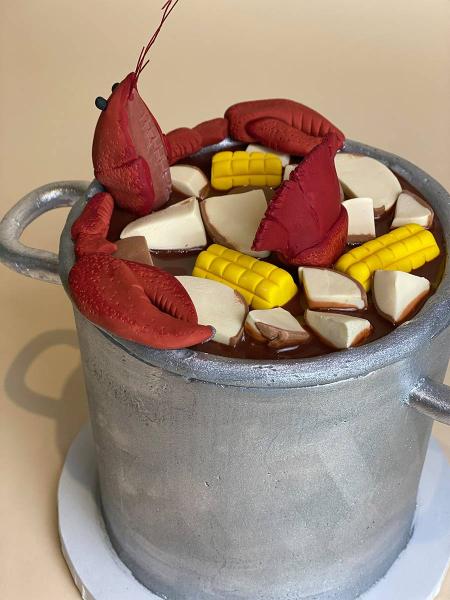 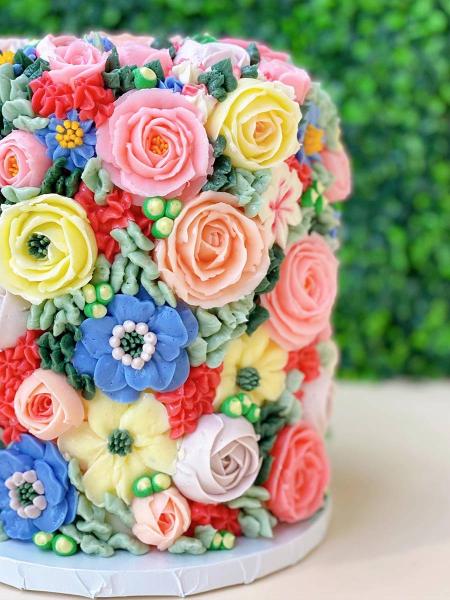 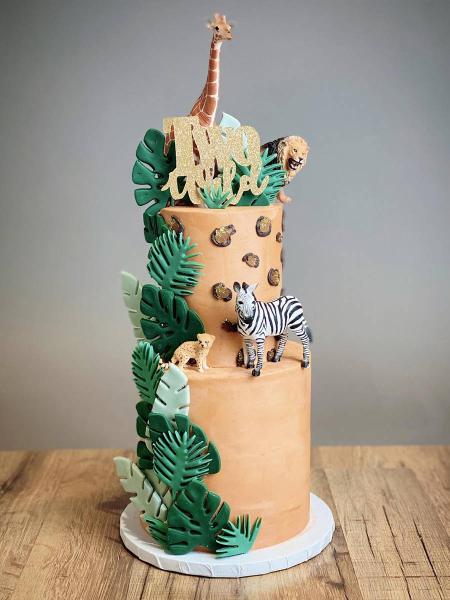 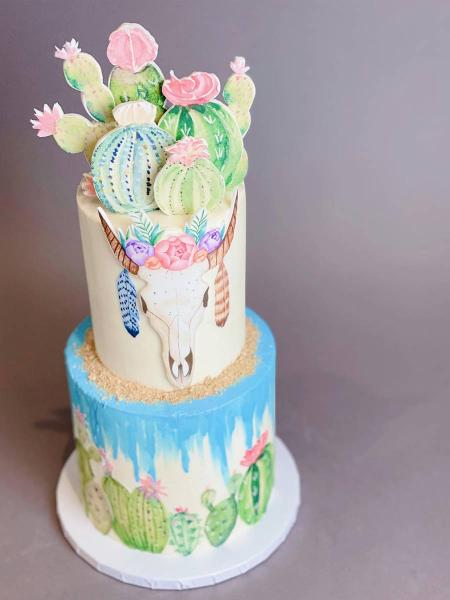 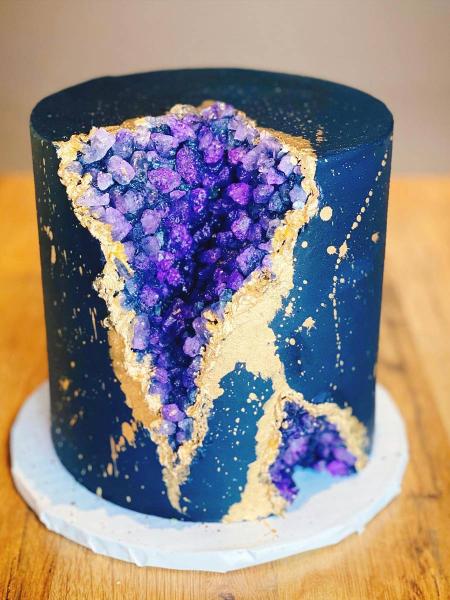 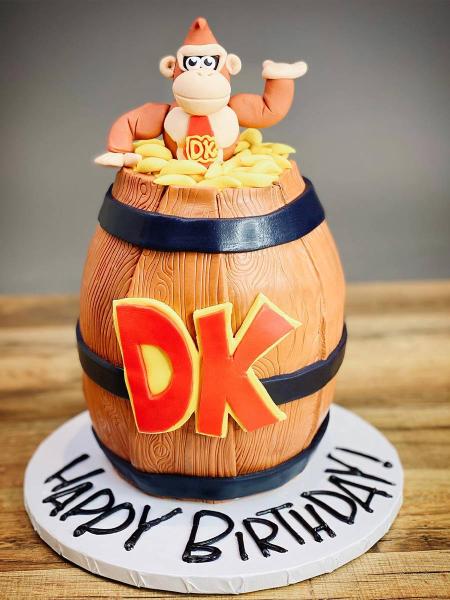 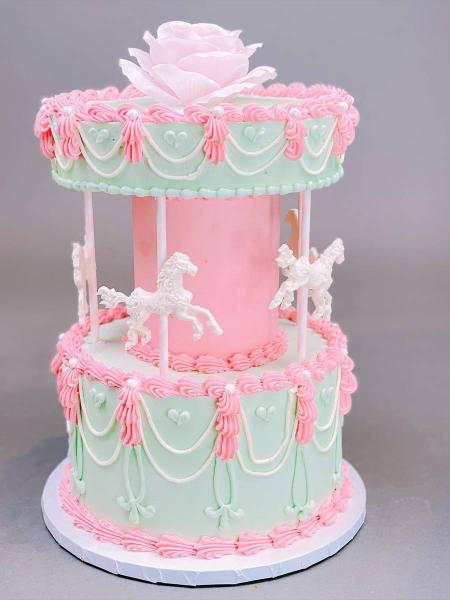 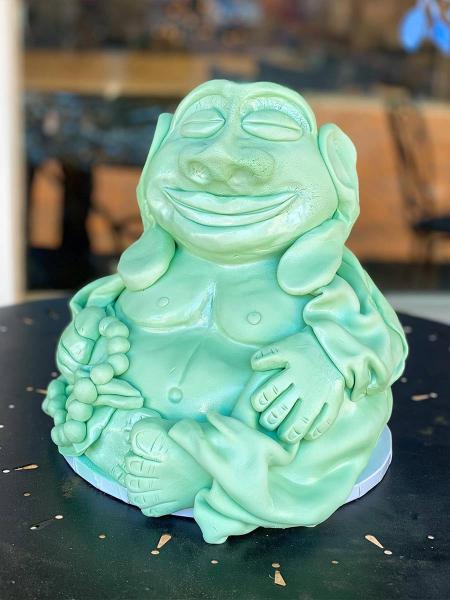 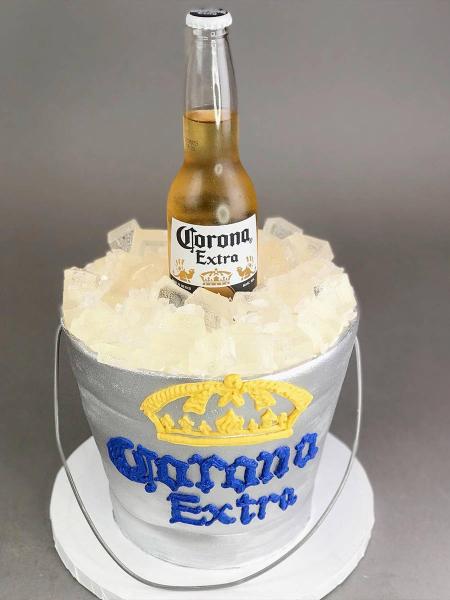 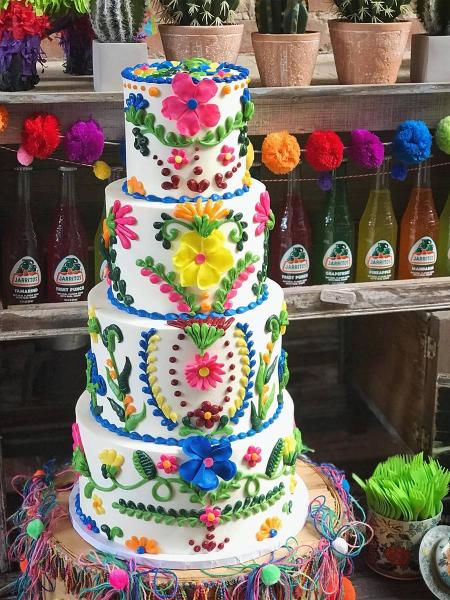 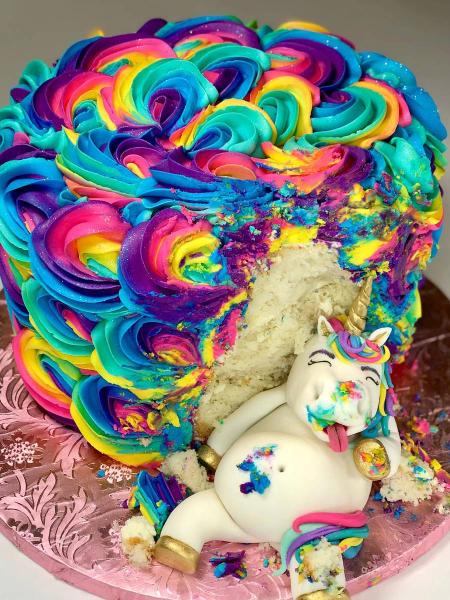 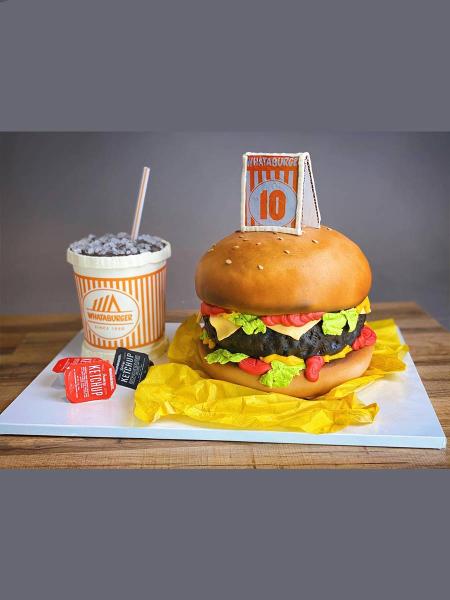