Retired SFA professor to be honored at reception 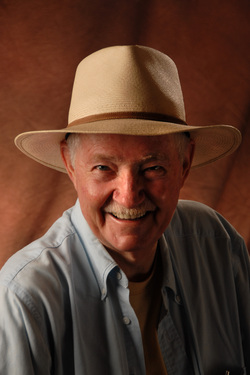 Johnson says his love of East Texas and its "distinct personality" have inspired him greatly, and he gives back to the community by telling the stories of people who reside there. Through the years, he has interviewed thousands of East Texas residents and gained insight from their perspective on topics such as World War II and the Great Depression.

"Oral history allows this generation to realize that people in the past faced the same problems as they do now," said Johnson, who was named regents professor in 1992.

After spending more than 40 years serving East Texas through his teachings of oral history, Johnson was named the 2008 recipient of the Thomas L. Charlton Lifetime Achievement Award by the Texas Oral History Association.

The award is given to outstanding individuals who have made significant contributions to the field of oral history and made their work available for research purposes.

Johnson was a charter member of the Texas Oral History Association and has been a leader in the organization. According to a statement from the TOHA board of directors, what sets Johnson apart is "his creativity, exemplified by his original dramatic productions based on his oral history projects."

Johnson's original plays include "East Texas Remembers" and "A Texas Tragedy: The New London School Explosion." He continues to produce dramatic works, such as "East Texas Talks," scheduled to open at the Lamp-lite Theatre in spring of 2009. Johnson also is planning to write a book about East Texas and possibly a poetry collection.

A collection of Johnson's oral history work will soon be featured at the Ralph W. Steen Library on the SFA campus. Highlights of the collection include personal stories about the East Texas oil boom of the 1930s and the Coushatta Indians.

The Bobby H. Johnson Oral History Collection will open Friday, Sept. 26, at the East Texas Research Center, located on the second floor of the Ralph W. Steen Library. A public reception will be held from 3 to 5 p.m. in the library. To RSVP, please call (936) 468-4100 by Sept. 22.