SFA faculty to be honored at gala 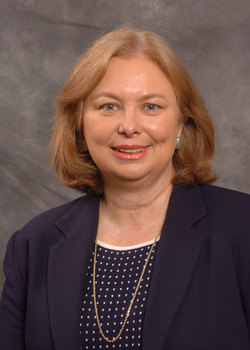 Alford has been instrumental in the leadership and writing of the East Texas Gaining Early Awareness and Readiness for Undergraduate Programs project, which has received a total of $9.4 million in grant funding since 1999. In cooperation with Angelina College and school districts from the East Texas area, the program has worked to increase the number of students successfully prepared for postsecondary education.

Alford also serves as project director for Project Develop, a $722,016 three-year grant for the improvement of principal preparation that is now in a one-year extension. She directs the English Language Acquisition Center for Excellence, which was funded by a five-year, $1.4 million grant from the U.S. Department of Education.

In addition to her duties as department chair, Alford has authored journal articles and book chapters and serves as a professor for the doctoral and principal-preparation programs.

Alford received her Bachelor of Science degree and doctorate from the University of Texas at Austin, and her master's degree is from SFA. Her areas of specialization include secondary school students' course-taking patterns for success in postsecondary education, leadership preparation and organizational change. Her research agenda has centered on the identification of practices and processes in school leadership that impact the success of increased numbers of secondary students in advanced-level classes.

Primarily a qualitative researcher, Dr. Alford's other areas of interest include organizational culture, professional development and the study of leadership preparation within the context of a principal preparation or doctoral program.

After joining the SFA faculty in August 1983 as a lecturer, Oster worked his way through the teaching ranks, reaching full professorship in August 1999. He is the administrator of the student-directed productions programs, which has brought to the SFA stage more than 400 full-length and one-act plays, including 20 new scripts. In addition to teaching the SFA 101 seminar for freshmen, Oster is instrumental in preparing future teachers through SFA's Bachelor of Arts in Theatre Education program.

In 1996, Oster received the University Teaching Excellence Award, and in 2006 he received the distinction of Piper Professor of Texas from the Minnie Stevens Piper Foundation. He was named a Distinguished Alumni Fellow by the Dickinson University Department of Fine and Performing Arts in 2008.

Stephanie Cozart, a Nacogdoches native now working as a professional actress, credits Oster with preparing her for her acting career.

"Whatever accomplishments we make in this world, if we manage to accomplish anything, it is thanks to the teachers and mentors we encounter along the way who push us in the right direction, who shed light on our individual paths that are there waiting for us," Cozart said. "I had talent but didn't know it. Allen made me aware of my gifts and gave me the tools to make the most of them. More than anything, he made me believe in myself, and that is the best gift any teacher can ever give."

Gala festivities begin at 6 p.m. with a reception and dance followed by a candlelight dinner and presentations at 7 p.m. Entertainment will be provided by the Tom Houston Combo and by a Dallas-based band, The Time Machine. Tickets are $160 for orchestra seating and $110 for ballroom seating.

Proceeds from the annual gala help build the permanent endowment created by the SFA Foundation to honor faculty achievement. As a commitment to excellence, this continually growing endowment recognizes innovation and excellence in teaching, research and service. For tickets and information, call (936) 468-5406.