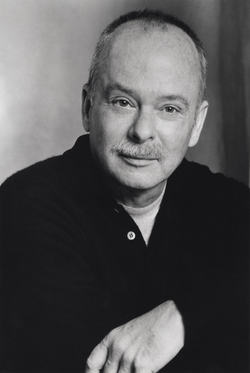 Jack Heifner, SFA visiting professor and playwright-in-residence, is the author of "Vanities, A New Musical," which is slated to open on Broadway in February or March.

"The producers have chosen a theatre owned by the Shubert Organization, but that location hasn't been announced to the public yet," said Heifner, "The official opening will occur in the last week of February or the first week in March."

The musical, with music and lyrics by David Kirshenbaum, is based on Heifner's 1976 play "Vanities," which was one of the longest-running comedies in the history of off-Broadway and one of the most-produced plays in the world in the late 1970s and 1980s.

The musical was originally produced at TheatreWorks in Palo Alto, Calif., and the Broadway-bound production recently concluded a successful run at the Pasadena Playhouse, also in California.

It is directed by two-time Tony Award-winner Judith Ivey, with musical staging by Dan Knechteges, who did the choreography for the Broadway hits "The 25th Annual Putnam County Spelling Bee" and "Xanadu."

It stars Lauren Kennedy, who has previously starred on Broadway in "Spamalot" and other musicals, Sarah Stiles of Broadway's "Avenue Q" and Anneliese van der Pol of television's "That's So Raven."

"Vanities" tells the story of a friendship among high school cheerleaders that survives their maturation into three very different women and the tumultuous changes in American life during the 1960s, '70s and '80s.

The last act of the play was set in 1974, but Heifner has written a new ending for the musical which reveals that the women are still important to one another at the end of the 1980s.

"The original ending, which was more cynical, was a reflection of its time," said Heifner. "I know now, more than 30 years later, that friendships do last."

Corsicana-born Heifner is the author of more than 30 other plays that have been produced in New York, Los Angeles and at theatres throughout the United States, but he is best known for "Vanities," which ran for five years in New York. He has written six previous musicals, including the book for "Leader of the Pack" on Broadway, and has also written for television and film.

Heifner has spent one semester each year at SFA since 1997 where he teaches playwriting, screenwriting and related subjects, and has also directed in the Mainstage Series.

He is the founder of the School of Theatre's biennial Festival of New American Plays, which features works by noted writers including Tina Howe, David Ives, Gretchen Cryer, Carol Hall, James McLure and William M. Hoffman. Each of these authors traveled to Nacogdoches to work with SFA students and hear their plays in staged readings.

"Having Jack on our faculty is obviously one of our most vital connections to the professional theatre world," said Scott Shattuck, director of the SFA School of Theatre. "I've been around theatre in higher education for 30 years, and this is the first time I've ever known a faculty member with a show on Broadway. Even more important than that, though, are his skill in the classroom and the energy he pours into personal mentoring of our students."