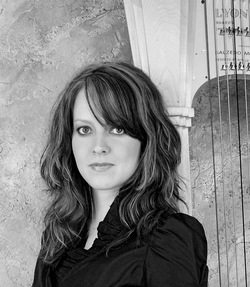 "Since its inception, this ensemble has been called a chamber orchestra, a small group of musicians dedicated to smaller works," Moon said. "But with the growth of SFA's School of Music, the ensemble has transformed into a full symphony orchestra, employing the forces of all instrumental disciplines. We truly are at a new beginning."

Three of the four works to be performed will showcase the orchestra's full symphonic ensemble, said Moon. "Nikolai Rimsky-Korsakov's 'Capriccio Espangol' is a spirited work that displays the group's energy and charisma while featuring a few solo voices, and Antonín Dvorák's 'Symphony No. 8' brings together all the instruments into one homogenous sound. José Moncayo's 'Huapango' is a vibrant work that successfully describes the cultural dance of Mexico."

"The work's simplicity and naiveté is befitting of its solo instrument and the beauty and gracefulness it holds on stage," Moon said.

Marcuson joined the SFA music faculty in 2006 and also teaches in the School of Music's Music Preparatory Division. She was recently appointed harpist for the St. Paul Chamber Orchestra and has also appeared with the Kansas City and Shreveport symphonies.

Marcuson has performed all five of the major concertos written for harp, and in 2006, she gave the Houston premiere of Carlos Salzedo's "Concerto for Harp and Seven Winds."

The concert, which is a joint presentation of the SFA College of Fine Arts and School of Music, will be held in Cole Concert Hall, 2210 Alumni Dr. on the SFA campus.