Court of Appeals Judge to speak at SFA commencement 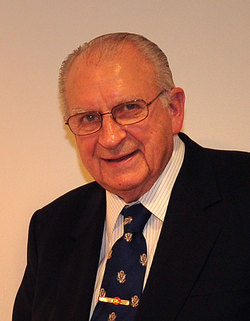 Reavley, a 1937 graduate of NHS, attended SFA before receiving his bachelor's degree from the University of Texas. After serving as a lieutenant in the Navy during World War II, Reavley entered Harvard Law School and received his Doctor of Jurisprudence in 1948.

He began his law career in Dallas, where he served as assistant district attorney. He practiced law in Nacogdoches, Lufkin and Jasper from 1949 to 1955 and served as county attorney for Nacogdoches County in 1951.

Reavley was appointed Texas secretary of state from 1955 to 1957, held a private practice in Austin from 1957 to 1964, and served as a judge for the 167th Judicial District in Austin from 1964 to 1968. In 1968, he was appointed associate judge of the Texas Supreme court by Gov. John Connally and served in this position for nearly a decade before returning to private practice. He also served as adjunct faculty for the University of Texas School of Law and has been a featured lecturer at the law schools of Baylor, Pepperdine and Texas Tech.

Last year, a gallery at the Cole Art Center @ The Old Opera House was named in honor of Reavley's first wife, the late Florence Wilson Reavley, a Nacogdoches native who was a talented painter and sculptor.

SFA commencement exercises will be held at 9:30 a.m. in the William R. Johnson Coliseum.