Guest flutist to perform in duo flute recital at SFA 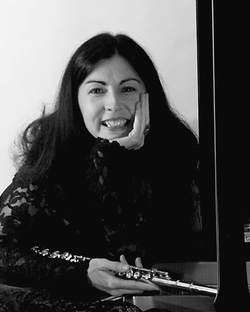 NACOGDOCHES, TEXAS - The SFA College of Fine Arts and School of Music will present guest artist Jennifer Keeney with Christina Guenther, SFA assistant professor of music, in a duo flute recital at 7:30 p.m. Wednesday, Sept. 23, in Cole Concert Hall on the SFA campus.

Keeney and Guenther will perform duets by Paul Hindemith, Friedrich Kuhlau, J.C. Schultze and Alan Scott. Admission is free and open to the public.

Keeney, who is the affiliate artist of flute at the University of Houston, Moores School of Music, plays second flute and piccolo with the River Oaks Chamber Orchestra of Houston and performs as a soloist and chamber musician throughout Houston, the United States and Japan.

After being named as a flutist in the New World Symphony, Keeney was appointed as the principal flutist of the Hong Kong Philharmonic. She has performed with the Detroit Symphony Orchestra, Ann Arbor Symphony, Flint Symphony, Minnesota Orchestra, St. Paul Chamber Orchestra and Houston Grand Opera, among others.

While visiting Nacogdoches, Keeney will give a master class to SFA's flute students.