Nacogdoches native to graduate from SFA with a perfect 4.0 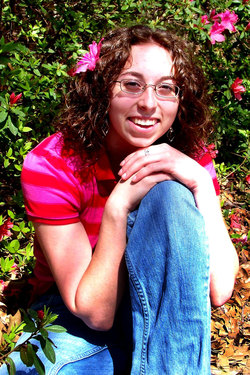 NACOGDOCHES, Texas- Graduating with a flawless 4.0 grade-point average, Nacogdoches native Brittany Nicole Scott will be among the students receiving diplomas at Stephen F. Austin State University's May commencement exercises on May 16.

Scott majored in interdisciplinary studies with an emphasis in grades 4-8 mathematics and credits her perfect GPA to hard work and perseverance, as well as the willingness to go the extra mile when it came to school work.

"I studied a little every day, asked questions, visited with professors, worked extra problems and burned the midnight oil often," Scott said. "I also couldn't have done it without the support of my friends and family, who keep me calm in times of stress."

She attributes much of her success to the SFA math professors who cultivated her math teaching skills and who continually challenged her academically. Because of her student-teaching experiences and internships, she says she feels prepared to take on a classroom of her own.

"I have always loved math, and I also enjoy helping people understand the math they encounter," she said. "Being in the classroom for three semesters really prepares you for the real world."

Scott has accepted a teaching position with Central Heights Elementary and will teach fourth-grade math, science and handwriting beginning this fall. She is the daughter of Michael and Betty Scott of Nacogdoches.

A 2005 graduate of Douglass High School, Scott is one of 12 students who will graduate from SFA with a 4.0 grade-point average. The all-female group of 4.0 graduates includes Deborah Beran of Caldwell, Susan Boiarsky of Wylie, Rhae Lamb of Colorado City, Charlotte Lisenby of Longview, Megan McGee of Cedar Hill, Margaret Pledger of Brenham, Shelli Sheppard of Hearne, Deborah Taylor of Daisetta, Jessica Torres of Waco and Shawna Wolf of Arlington.

More than 1,100 students will receive degrees during spring commencement ceremonies beginning at 9:30 a.m. in William R. Johnson Coliseum. Eleven doctorates will be awarded, along with 268 master's degrees and 889 bachelor's degrees.