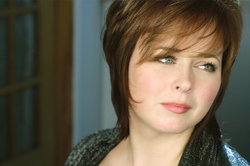 "This promises to be an enjoyable evening of songs by American composers," said Scott LaGraff, SFA assistant professor of voice. "Ms. Robinson will present a very diverse program, from the sophistication of Samuel Barber's 'Hermit Songs' to classic folk songs by Stephen Foster, a set of rag tunes, and songs made popular on the Broadway stage and in the movies."

In high demand for concert performances, Robinson regularly performs with top orchestras in the United States and Europe. She made her debut with the Los Angeles Philharmonic in Beethoven's "Symphony No. 9," which she has also sung with the San Francisco Symphony, Seattle Symphony, the Cleveland Orchestra and the London Symphony Orchestra at New York's Avery Fisher Hall and the Barbican Centre in London.

She had her Carnegie Hall debut in 2004 when she joined Horne and other world-renowned artists in a gala concert celebrating Horne's 70th birthday. Robinson has also sung recitals at the University of Denver's Newman Center, London's Wigmore Hall and Spivey Hall in Atlanta.