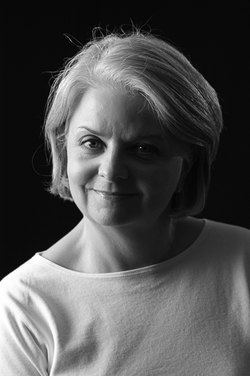 The talk, which will focus on how history, literature and science are reflected in McCleary's collages, will begin at 6:30 p.m. Tuesday, March 10, at the Cole Art Center @ The Old Opera House, located at 329 E. Main St.

"The best thing about being an artist is having the excuse to explore any topic in the world," said McCleary, who was named 2002-03 Regents Professor. "Drawing my subject matter from history, literature and even science, I like the irony of using materials that are often trivial, foolish and temporal to express ideas of what is significant, timeless and transcendent."

She has participated in more than 240 exhibitions in museums and galleries in 24 states, Mexico and Russia. Venues include the National Museum of Women in the Arts in Washington, D.C.; the Boston Museum of Art; MOBIA in New York City, N.Y.; the Dallas Museum of Art; the Contemporary Art Museum in Houston; the San Antonio Museum of Art; and the Nelson-Atkins Museum in Kansas City, Mo.

She is a recipient of a Mid-America Arts Alliance/National Endowment of the Arts Fellowship, and her work is in many public collections including those of several Texas museums.

McCleary said she made her first 3-D collage about 26 years ago. Since then, her work has grown in size, complexity and meaning. Her collages are made by attaching layer upon layer of materials such as paint, paper, rag board, foil, glitter, sticks, wire, mirrors, pencils, nails, glass, painted toothpicks, string, leather, lint, small plastic toys and other found objects on heavy paper, much like a painter builds layer upon layer of paint on canvas.

Often, the materials are used symbolically, she noted.

"My aim is that the obsessive images that result from this method of working convey an intensity which the viewer finds compelling," McCleary said. "I am interested in the spatial complexity and visual tensions that come from the collages being illusionistic, while at the same time composed of three-dimensional objects that often retain their own identity."

This is the fourth in a series of lectures delivered by SFA Regents Professors and sponsored by the provost's office and the University Lecture Series Committee. This is the first such lecture to be hosted by the Cole Art Center. Hors d'oeuvres will be served at 6 p.m. Admission is free.