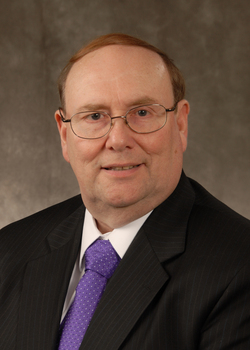 Bob Wright, a higher education marketing executive with more than 19 years of experience, has been named executive director of marketing and public affairs at Stephen F. Austin State University.

"Mr. Wright has had a distinguished career with increasing levels of responsibility at several higher education institutions, and his skills and background are a perfect fit for SFA," said Dr. Baker Pattillo, SFA president. "We look forward to the expertise he will bring in helping us increase the prominence of the university across the state."

After working in television news as a reporter, news director and bureau chief, Wright began his career in higher education in Houston as the first college relations director at the North Harris Montgomery Community College District, now known as the Lone Star College District. He served as executive director of public affairs at Southern Methodist University and as vice chancellor for communications at the Texas A&M System.

At Texas A&M, Wright headed a branding effort designed for minority recruitment, image management and reputation sharing between the College Station campus and other universities in the system.

Wright also served as associate vice president of public affairs at the University of Texas at Arlington, where he worked on the creation of a new brand for the university, including message development and logo design. Most recently, he was executive director of university relations for the University of Houston, where he assisted with the creation, implementation and management of an overall strategic university relations plan.

At SFA, Wright will provide guidance for marketing activities that will support admissions, publications, communications, advertising and special events, as well as a capital campaign and other fund-raising activities. He will lead the development and implementation of an annual plan to strategically market the university internally and externally, as well as a long-term plan for all segments of the university community.

Wright replaces Andy Kesling, who resigned in May 2008.