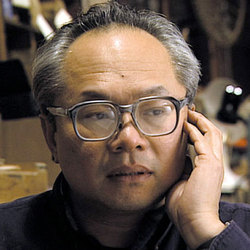 NACOGDOCHES, TEXAS - East Texans can learn more about "TEXAS NATIONAL 2009" juror Mel Chin and his work by attending a special screening of Chin's animated film, "9-11/9-11: A Tale of Two Cities. A Tragedy of Two Times" at 4 p.m. Sunday, April 5, in the Reavley Gallery of The Cole Art Center @ The Old Opera House, and his lecture at 9:30 a.m. Monday, April 6, in the Baker Pattillo Student Center Theater on the Stephen F. Austin State University campus.

In the 24-minute film, Chin weaves together the stories of two events that occurred on Sept. 11, 28 years apart: the terrorist attacks on the twin towers in 2001, and the Chilean military coup of President Salvador Allende in 1973. In a description on its Web site, the film's producer, Creative Time, calls the film "dark and intensely compelling" and describes it as "a story of love and hope wrecked by overt and covert manipulation of power."

Chin will be present for the April 5 screening that is free and open to the public. The public is also invited to Chin's free lecture on April 6 in the Baker Pattillo Student Center Theater, 222 Vista Dr.

A native of Houston now residing in North Carolina, Chin is internationally known for creating artworks in a broad range of media and scale, including objects, temporary installations and permanent pubic artworks. He produces works that join cross-cultural aesthetics with complex ideas, including art that addresses political and ecological issues.

Chin was one of 16 artists included in the PBS series "Art of the 21st Century, 2001." He exhibits extensively in the United States and Europe and is the recipient of many awards, including a National Endowment for the Arts Fellowship, a Penny McCall Foundation Award, a Pollock/Krasner Foundation Fellowship and the Cal Arts Alpert Award in Visual Arts.