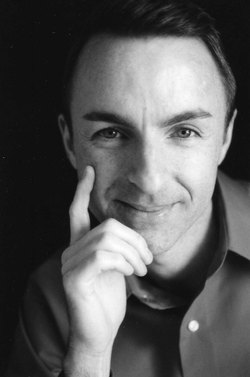 Dr. Stephen Burnaman will be honored as the Outstanding Music Alumnus by the Stephen F. Austin State University School of Music during the Friends of Music's annual Extravaganza, which begins at 6:30 p.m. Friday, May 1, at the Hotel Fredonia and Convention Center.

NACOGDOCHES, TEXAS - The Stephen F. Austin State University School of Music will honor pianist Dr. Stephen Burnaman with the Outstanding Music Alumnus Award on Friday, May 1, during Extravaganza 22. The annual gala banquet, held at the Hotel Fredonia and Convention Center, is sponsored by the SFA Friends of Music.

He presented a solo piano recital on the Dame Myra Hess Memorial Concert Series at the Chicago Cultural Center, which was broadcast live over the WFMT fine arts network, and was a presenter at a conference on the music of Amy Beach at New York's Mannes College of Music.

Currently, he is an associate professor of piano and university organist at Huston-Tillotson University in Austin. Prior to that appointment, Burnaman served on the faculty at Concord Community Music School in Concord, N.H., and was a lecturer in piano accompanying at the University of Texas at Austin.

Burnaman received his Doctor of Musical Arts from the University of Texas at Austin and his Master of Music in piano performance from the New England Conservatory of Music.

He is a member of Pi Kappa Lambda national music honor fraternity and received the Coulter Award in piano at the Brazos Valley Young Artist Competition.

Ron Anderson, director of the SFA School of Music, said more than 200 people are expected for this year's Extravaganza, "Lighting the Stars of the Future," which features performances by the SFA Symphony Orchestra, A Cappella Choir, Swingin' Axes jazz band and Opera Workshop.

Also performing will be three student performers vying for the President's Award, which is given to the school's outstanding recitalist of the year. Dr. Baker Pattillo is scheduled to present the award.

Dr. Mario Ajero, SFA assistant professor of music, will serve as master of ceremonies for this year's event.