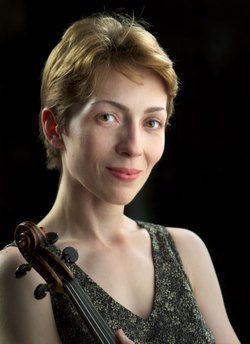 NACOGDOCHES, TEXAS - Music from the Impressionist era will be featured in the second concert of the Stephen F. Austin State University Chamber Music in the Pines Festival at 7:30 p.m. Tuesday, Aug. 11, in Cole Concert Hall on the SFA campus.

Impressionism in both art and music was an important trend around the turn of the 20th century," said Jennifer Dalmas, associate professor of violin and the festival director. "As artists tried to give an 'impression' of an image, focusing on atmosphere instead of reality, composers also began to experiment with new colors and blurred forms in their music. The composers featured on this program were all masters of this wonderful movement in the arts."

A native of Romania, Demian earned her Bachelor of Music degree from West University of Timisoara. She was also a scholarship recipient at the Académie Royale de Bruxelles in Belgium and L'isola San Giulio Chamber Music Program in Italy and earned her Master of Music in performance from Southern Methodist University.

As a soloist with the West University Orchestra, she has toured extensively throughout Romania, Germany and France. She has also presented recitals as a solo and chamber musician and participated in international music festivals in Romania, France, Italy, Germany, Canada and the United States.

Ivo Ivanov, a member of the Fort Worth Symphony Orchestra since 1997, was born in Rouse, Bulgaria, where he began to study violin at the age of 6. He earned his bachelor's degree from the State Academy of Music in Sofia where he studied with Georgi Badev.

After two consecutive seasons with the Philharmonic Orchestra of Sofia, Ivanov moved to the United States where he studied with Fredell Lack at the University of Houston and Emanuel Borok at Southern Methodist University. He earned a master's degree in violin performance from SMU. 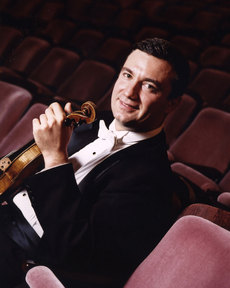