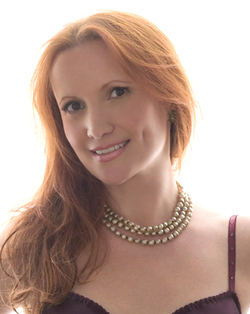 Pianist Gabriela Imreh will be the featured soloist during the Philadelphia Virtuosi Chamber Orchestra's concert at 7:30 p.m. Tuesday, Sept. 14, in W.M. Turner Auditorium on the SFA campus. The concert is a part of the SFA College of Fine Arts' 2010-2011 University Series.

NACOGDOCHES, TEXAS - The internationally acclaimed Philadelphia Virtuosi Chamber Orchestra will perform in concert at 7:30 p.m. Tuesday, Sept. 14, in W.M. Turner Auditorium as the opening performance of the 2010-2011 University Series.

In presenting the orchestra, the SFA College of Fine Arts welcomes back to campus the group's music director and conductor, Daniel Spalding, and featured pianist Gabriela Imreh.

The husband and wife were on the SFA music faculty in the mid 1980s, during which time Spalding helped found the first university-community orchestra in Nacogdoches.

Spalding formed the Philadelphia Virtuosi Chamber Orchestra in 1991, and since then, the ensemble has acquired world-class status through its recordings and live touring performances.

The orchestra presents an annual concert series in Center City Philadelphia. Additionally, it has performed at New York's Lincoln Center, Weill Hall in Carnegie Hall, the Bermuda Festival, and on three extensive tours to South America. The ensemble recently returned from an acclaimed European debut at the Nomus Festival in Serbia.

Dr. Andrew Parr, SFA professor of piano who knows Imreh personally, said he's heard many people comment throughout the years that they can't understand how such a small person could make such a big sound at the piano!

"In addition to her technical abilities, Ms. Imreh brings a very clean, polished and intelligent approach to playing the piano. She will charm and surprise the audience," Parr said.

For the Nacogdoches concert, Imreh will perform J.S. Bach's Piano Concerto in D minor (BWV 1052), a work that Parr says "demonstrates great drive and energy in the outer Allegros, while the middle Adagio is nobly singing in character."

Prior to the concert, Parr will give an informative talk on the program at 7 p.m. in Griffith Gallery, located across the hall from Turner Auditorium. Immediately following the concert, the audience is invited back to the gallery for a reception honoring the artists and the event's corporate sponsor, Lehmann Eye Center.