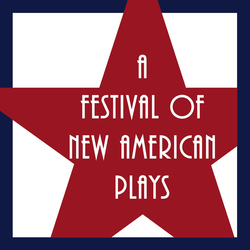 NACOGDOCHES, TEXAS - East Texans have the rare opportunity to get a preview of three playwrights' newest works during Stephen F. Austin State University's Festival of New American Plays Tuesday, April 27, through Saturday, May 1, in the Downstage Theatre of the Griffith Fine Arts Building.

The festival's purpose is to give the three participating playwrights an opportunity to see and hear their works-in-progress presented by live actors in front of a live audience, explained Jack Heifner, SFA's playwright-in-residence and festival director.

During the five-day festival, each of the three plays will be presented as rehearsed or staged readings two different times for the audience and its playwright. The focus will be on the scripts rather than on the production elements, so minimal sets, costumes and lights will be used.

Heifner's "Jump for Joy" will be presented at 7:30 p.m. Tuesday, April 27, and Friday, April 30. Heifner describes his newest play as "a whacky comedy about the bad advice given by self-help gurus."

"Lebow uses her story about the exploitation of a Wild West outlaw's death and contrived legend to explore our culture's preoccupation with celebrities and our fascination with them even after their deaths," said Scott Shattuck, director of the SFA School of Theatre and the play's director.

The festival is a joint presentation of the SFA College of Fine Arts and School of Theatre and is sponsored in part by Tipton Ford-Lincoln-Mercury. Each of the plays is recommended for mature audiences.