SFA to present 'An Evening with Marvin Hamlisch' 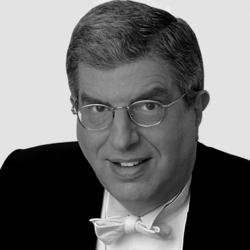 The SFA College of Fine Arts will present "An Evening with Marvin Hamlisch" at 7:30 p.m. Tuesday, March 23, in W.M. Turner Auditorium as part of the 2009-1020 University Series.

NACOGDOCHES, TEXAS - East Texans will have the rare opportunity to be entertained by one of the most highly acclaimed American composers when the Stephen F. Austin State University College of Fine Arts presents "An Evening with Marvin Hamlisch" at 7:30 p.m. Tuesday, March 23, in W.M. Turner Auditorium.

Hamlisch will share with the audience many of the songs he composed for over 50 theatrical shows and films-and the stories surrounding them-as well as songs written by Cole Porter, Richard Rogers and Scott Joplin.

The winner of three Oscars, four Grammys, four Emmys, a Tony, and a Pulitzer Prize, Hamlisch is one of only two people to have won at least one of each award. The other is Richard Rogers. Hamlisch also has three Golden Globes to his credit.

Both his Tony and Pulitzer Prize were awarded for his score for the Broadway musical "A Chorus Line." In addition to the three Oscars he received for his work on "The Way We Were" and "The Sting," he has received nine other Academy Award nominations for films such as "Sophie's Choice," "Ice Castles" and "The Spy Who Loved Me."

Hamlisch continues to be an acclaimed composer. In 2009, "The Informant!" starring Matt Damon, received nominations in the 2009 Best Original Score category from five separate entities, including the Golden Globes and the Chicago Film Critics Association.