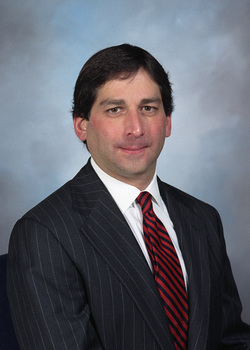 Eltife, a Tyler native, has been representing the citizens of Texas Senate District 1 since March 2004. He previously served three terms on the Tyler City Council and as mayor of Tyler for an additional three terms.
In 1997, Eltife was appointed by Gov. George Bush to serve on the Texas Higher Education Coordinating Board. The Texas Junior Chamber of Commerce selected him as one of Five Outstanding Young Texans in 1998. Active in his community, he has volunteered his time to a variety of organizations, including the East Texas Food Bank Board, the Tyler Area Chamber of Commerce and Hospice of East Texas.

Eltife serves on the Senate Business and Commerce, Finance, and Natural Resources committees, and as vice chair of both the Economic Development and Nominations committees. He also serves on the Electric Utility Restructuring Legislative Oversight Committee.

Eltife has received the "Freedom to Teach" award from the Association of Texas Professional Educators and also was named a "Champion for Free Enterprise" in 2005 by the Texas Association of Business. In 2007, the Texas Municipal League named him "Legislator of the Year." Also in 2007, Texas Monthly magazine recognized him for being "tough, pragmatic, independent . . . (and) a problem solver."

"Senator Eltife has established a reputation as a legislator who works diligently to solve the problems of East Texas and the entire state, and we are delighted to welcome him to campus as our spring commencement speaker," said SFA President Dr. Baker Pattillo.