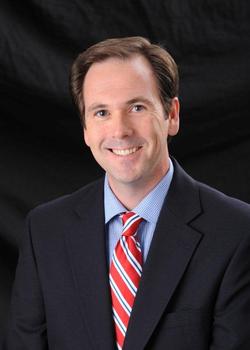 Dr. John Hendricks, director of the Division of Communication and Contemporary Culture and professor of communication at Stephen F. Austin State University, is the recipient of the Edited Scholarly Book Award from the National Communication Association's Applied Communication Division.

The award will be presented to Hendricks and his co-editor, Dr. Robert E. Denton, Jr. of Virginia Tech, at the November conference in New Orleans, La.

The book, titled "Communicator-in-Chief: How Barack Obama Won the White House Using New Media Technologies," was nominated and then reviewed by a team of applied communication scholars who are members of the division.

Dr. Julie Volkman of Emerson College in Boston, Mass., vice-chair elect of the division, said, "The caliber of (the book) was applauded by the review team as a whole."

Other reviews of the book have been positive, as well. "Presidential Studies Quarterly" asserted, "This richly detailed volume depicts the unprecedented online efforts of the victorious 2008 Barack Obama campaign . . . the volume is a must-read."

The National Communication Association is the largest national organization to promote communication scholarship and education. It is a non-profit organization and has more than 8,000 educators, practitioners and students who work and reside in all 50 states and more than 20 countries.

Hendricks' newest book, "Social Media: Usage and Impact," will be available in December.