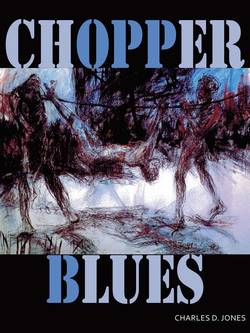 NACOGDOCHES, TEXAS - Most of the young men in Company C, 1st Battalion, 7th U.S. Marine Corps serving in Vietnam in the spring of 1966 were only 19 or 20.

The company commander was 25. Platoon commanders were typically around 22.

What happened to those men as they fought in Operation Indiana March 28-29, 1966, is the subject of "Chopper Blues," a multi-media presentation/book written by Charles D. Jones, professor emeritus in the School of Art at Stephen F. Austin State University, director and master printer for the LaNana Creek Press and former head of the printmaking/book arts program at SFA.

And 46 years after Operation Indiana took place, the amazing stories of survival of these combat heroes will be celebrated at the upcoming "Grape & Grain" event of the Stephen F. Austin State University Press and the LaNana Creek Press from 6 to 9 p.m. Friday, Nov. 9, at the Hotel Fredonia in Nacogdoches.

In compiling the recollections of these men, Jones, who was a platoon leader within Charley Company, began contacting any of the comrades he could find who had fought alongside him in Operation Indiana, putting out a call to anyone who might share their stories.

"Some of the members of the company received awards that acknowledged their contribution, and their sacrifice was recognized by society," Jones said. "But for many … most even … they were not recognized in any way.

"This chance to tell their stories about this time, this event, is very important to these individuals," Jones said. "For many, they haven't even shared the details with their wives or family.

"Some were reluctant," he said. "Some would not write, but they would talk. So I traveled all over doing interviews - oral histories - to get their stories about what happened that day."

And their stories differ, he said, because of the nature of the fierce battle that was fought in Operation Indiana.

On March 28, 1966, a half-strength company of Marines, led by 25-year-old Lt. Ben Goodwin of Innis, Texas, was ambushed by a battalion-sized North Vietnamese force with heavy weapons and machine guns dug in place, Jones explained. Almost immediately, the Marines took heavy casualties, finding themselves alone or in small fire teams fighting the enemy.

"Mostly, they were very spread out, and for many, they were fighting alone or in twos," Jones said. "The men overcoming that is the crux of the story."

In the next four hours, the remaining Marines fought, taking the hill where there were two NVA anti-aircraft guns and two heavy machine guns inflicting heavy casualties on the Marines, overcoming the enemy along the battlefront, Jones said.

"You have these stories that took place that I'd heard before but wanted to write down," he said. "It's taken all this time for them to be able to talk about it. They were fighting for their survival. You have these incredible acts of heroism by these 19- and 20-year-olds."

Jones was among the many young men across the United States who joined the Marine Corps 50 years ago because of the Cuban Missile Crisis and the Cold War.

"A college-age kid at that time was drawn to do something," he said.

The group of then young officers, now in their 70s, went to officer training school together in September 1963.

"We stayed together as a unit," Jones said. "Many of us were together for three years. So when there was a loss, it was like losing a brother."

Jones invited platoon members to the "Grape & Grain" celebration and unveiling of "Chopper Blues," "because the book is really about them," he said.

"At the end, these men defeated a much superior force, and at a great price," Jones said. "They came home and faded into their former lives as well as they could.

"Too many have died since," he said. "I want this book to say in some small part, 'I … we all … honor you and recognize what you did.'

"I asked the men to share their stories, not for their own sake, but for their children and grandchildren," Jones said. "It is important to me for people to know what extraordinary men these young Marines were, and know the selfless valor with which they fought."

In the book's forward, Jones writes, "There has not been any greater generation."

"No one, anytime, any place, fought any harder or better than these men," he said. "I wanted to honor their memory and tell their stories to the world. They epitomize the strength that American fighting men have traditionally exhibited.

The men will be introduced during the Friday night "Grape & Grain" reception and will participate in a reunion on Saturday that coincides with the U.S. Marine Corps birthday. 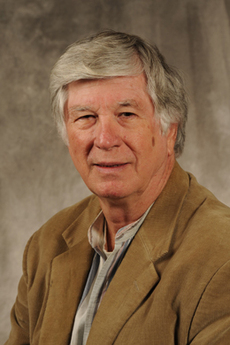