'Chopper Blues' to be unveiled at 'Grape and Grain' Nov. 9 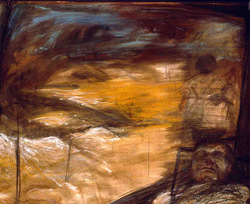 "The Med-Evuac" is a 38-inch by 50-inch mixed media drawing on paper featured in Charles D. Jones' "Chopper Blues," soon to be released by the Stephen F. Austin State University Press.

NACOGDOCHES, TEXAS - The weekend of Veterans Day will be celebrated in Nacogdoches in a unique way that both honors and recognizes the contributions of a select group of veterans and calls attention to works published by Stephen F. Austin State University Press and LaNana Creek Press.

"Grape & Grain," scheduled from 6 to 9 p.m. Friday, Nov. 9, at Hotel Fredonia in downtown Nacogdoches, will serve as a venue to honor veterans and present the published writers of the past two years. It is also a fundraiser for the SFA Press. A silent auction will feature items donated by members of the community, artwork and many books.

"But primarily it's a celebration of the presses and what we've done for the year," said Charles D. Jones, professor emeritus in the School of Art at Stephen F. Austin State University, director and master printer for the LaNana Creek Press and former head of the printmaking/book arts program at SFA.

The featured book presented that night will be "Chopper Blues," Jones' own work, which is a collection of poems and prose originally written to accompany his "Vietnam Suite," which was 40 38-by-50 inch works on paper and an accompanying performance piece entitled "Chopper Blues." But this limited edition has been expanded from his initial work in the mid-1970s to include drawings from Jones' sketchbook from his time serving in the U.S. Marine Corps in Vietnam as a recounting of the battle Operation Indiana. This recounting includes not only the now declassified after-action report, but also the company commander's account and individual accounts by surviving company members. Also included in this historical debut are images from "Vietnam Suite," along with woodcuts from a recent publication, "The Bear Went Over the Mountain," co-authored with Vietnam artist Dinh Viet Luc, according to the book's description at www.tamupress.com/

The weekend's activities, which includes the annual U.S. Marine Corps Birthday Ball Saturday night at Hotel Fredonia celebrating the Marine Corps' 237th birthday, also serves as a reunion of the surviving members of Company C, 1st Battalion, 7th Marine Corps, the company for which Jones served as a platoon commander. Jones' enlistment culminated in his 1965-66 Vietnam tour and his combat decoration, the Silver Star.

The SFA Press recently began a project to honor veterans, and the first two books published in that effort have focused on the Vietnam War. Last year, the book "War Cuts" by Don Schol with an introduction by U.S. Sen. John Kerry, was published by the SFA Press. Schol is a sculptor and is retired as assistant dean of fine arts at North Texas State University.

"We need to do more to celebrate our veterans," said Kimberly Verhines, director of the SFA Press. "This was something on a small scale we could do. We could bring out a book. And it's not limited to the Vietnam War; that just happens to be the two books we've published. But we're looking at other books as well, and we've had some ideas on the Korean War. Plus, we're always looking for things that haven't been done."

The SFA Press, part of the Texas A&M University Press Consortium, is one of the few university presses that continues to publish poetry. Through the consortium, SFA-published books, along with LaNana Creek Press books, are distributed worldwide.

"Chopper Blues" is a collection of Vietnam remembrances and poetry. It is an art and military history book compiling the individual recollections of those who fought in Operation Indiana, March 28-29, 1966, the final mission of Company C, 1st Battalion, 7th Marines. The book comes with a DVD with art work, poetry readings, music and some raw war footage and news reports from that battle that have never been aired.

"Also presented that night will be 'Thin Slice of Life,' a wickedly witty whodunit that, according to Kinky Friedman, is 'The best suspense novel I've read since Cormac what's-his-name,'" Verhines said. "Acclaimed Texas singer-songwriter Marcia Ball calls it 'A great romp with true-to life coastal characters.'"

"Just Between Us: Stories and Memories from the Texas Pines," which includes some writings of the late Dr. Archie P. McDonald, longtime history teacher at SFA, author, commentator and past director of the East Texas Historical Society, will also be presented that night. There will be about 50 books at the event for purchase, and some of the authors will be present, including Lucille LaPointe DeWitt, who will be signing her memoir, "Around the World My Way." Her book will be available for purchase that night, and all proceeds will go to the Richard and Lucille DeWitt School of Nursing.

SFA Press will also be taking sponsorships for the long-awaited "Diedrich Rulfs - Designing Modern Nacogdoches," written by Dr. Jere Jackson, historian and director of East Texas Studies at SFA, with photography by Christopher Talbot, director of SFA's School of Art.

"The book has been finished, and it's positively amazing with over 500 pages of photographs and historical documents," Verhines said. "We're hoping to have the book in time for the Diedrich Rulfs' statue dedication in April." 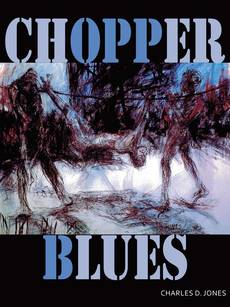