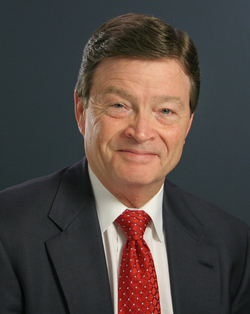 Craycraft joined Academic Partnerships as executive vice president and senior adviser to the CEO in July 2010, following a long and distinguished career in higher education. Most recently, he served as the chief academic officer for the Texas State University System for more than 10 years, overseeing all curriculum-related programs of the member institutions and their combined 72,000 students. He also served as the liaison between the system and various government agencies on all matters related to academic affairs, working with members of the Texas Legislature and the Texas legislative contingency in Washington, D.C.

During his tenure with the system, Craycraft also served as chancellor. His responsibilities included working closely with the Board of Regents' diversity, curriculum, strategic planning and technology committees; evaluating campus presidents; and coordinating all activities associated with presidential searches.

A graduate of Mount Enterprise High School, Craycraft earned his bachelor's degree from Sam Houston State University and his master's degree from SFA. He then completed his doctoral degree at Indiana University.

Following his education, Craycraft joined the faculty of Bowling Green State University in Ohio as an assistant professor. Returning to Sam Houston State University as an associate professor, he rose to the rank of tenured professor and held several administrative positions prior to joining the Texas State University System as its first chief academic officer.

Craycraft has served as president of several professional organizations at the state and national levels and has worked as a consultant for the U.S. Department of Education.