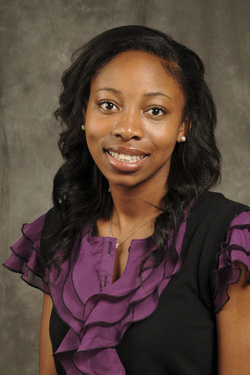 NACOGDOCHES, Texas - Jourdan Dukes of Dallas has been appointed by Gov. Rick Perry to serve as student regent for Stephen F. Austin State University during the 2012-13 academic year.

"Serving my school and community has always been important to me, and I have especially enjoyed being part of the Student Government Association, which really gives our student body a voice and helps make SFA one of the best universities in the state," she said.

"As the student regent, I hope to continue to provide the student perspective on important issues when decisions about SFA's future are being made."

Dukes attended Red Oak High School in Red Oak, graduating in 2010. As a high school student, she was a member of the National Honor Society and was ranked in the top 10 percent of her class. In addition, Dukes was a junior Olympic bronze medalist in track and field and was ranked third in the nation during her senior year.

As student regent, she said she plans to help inform the student body of the reasons behind the board's policies.

"Students may not always agree with the decisions made, but I hope that by being available to answer their questions and listen to their opinions I can reassure them that their concerns are being heard and taken seriously."

Dukes recently traveled to Austin to receive training for her new role as student regent. Her first official duty will be attending the quarterly meeting of the SFA Board of Regents July 16-17.