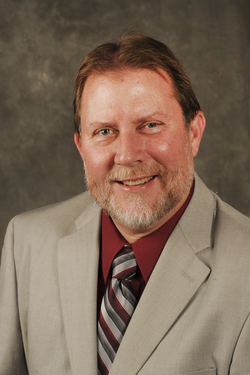 Reserved for exemplary role models to the university community, the title of Regents Professor is the highest honor the university may bestow upon a member of the faculty. The title is held for a full academic year.

Oswald is the Lacy Hunt Professor of Fire Ecology, Silviculture and Range Management in the Arthur Temple College of Forestry and Agriculture. He joined the SFA faculty in 1995, having previously served as assistant professor of forestry at Alabama A&M University. He also taught for five years at a community college on the Navajo Reservation.

His research interests include fire ecology and management, silviculture, community ecology and classification, and silvopasture and agroforestry. He also advises SFA's chapter of the Student Association for Fire Ecology, which recently earned the first Firewise Community designation conferred on a university in the nation.

In 2002, Oswald was presented the Carl A. Schenck Award by the Society of American Foresters for outstanding forestry education, and he received the University of Idaho's College of Natural Resources Mid-Career Alumni Achievement Award in 2004. In addition, he received the Presidential Award from the Society of American Foresters in recognition for his leadership as president of the association in 2007 and was named the Northern Arizona University School of Forestry Distinguished Alumnus for 2009.