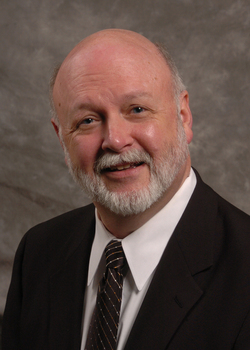 NACOGDOCHES, Texas - Fred J. Allen, director of bands and professor of music at Stephen F. Austin State University, is the recipient of a 2012 Meritorious Achievement Award from the Texas Bandmasters Association.

Allen has conducted All-Region and All-State Bands throughout Texas and the United States, and he is an active concert clinician and adjudicator. He has often served as guest conductor for bands playing at the Midwest Clinic and the Texas Music Educators Association Convention, and he has conducted in Korea, Taiwan and Australia.

He has published several pieces for band, orchestra and flute choir that draw upon his experience in teaching in the public schools in Texas. These works have been performed frequently at conventions and festivals across the United States and internationally. He also has several commissioned works in progress.

Allen will receive his Meritorious Achievement Award from TBA President Tom Harrington during the upcoming annual TBA Convention and Clinic in San Antonio.