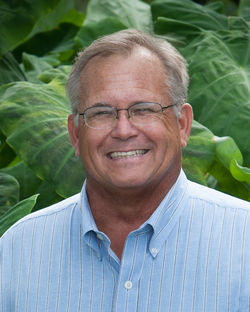 LeRoy began his 35-year career with the Texas Agricultural Extension Service after receiving a bachelor's degree in horticulture and a master's degree in plant breeding from Texas A&M University. He served the first 11 years of his career as the Montgomery County extension agent - horticulture. In that role, LeRoy implemented the first Master Gardener program in the state of Texas. In 2004, he received an award from the Texas Master Gardener Association in recognition of his efforts in promoting the program. More than 115 Texas counties have now implemented their own Master Gardener Programs.

For the past 14 years, Tom has again served again as the county extension agent - horticulture for Montgomery County, working with the same Master Gardener program he started in 1977.

The Theresa and Les Reeves Garden Lecture Series is normally held the third Thursday of each month at the Arthur Temple College of Forestry and Agriculture's SFA Mast Arboretum. A rare plant raffle is held after each program. The lecture is free and open to the public, but donations to the Theresa and Les Reeves lecture series endowed fund are always appreciated.