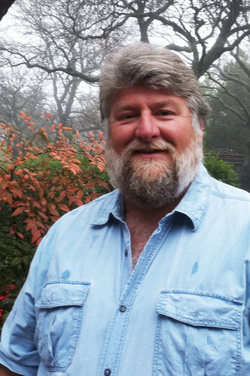 Hosted by the SFA Gardens, the Theresa and Les Reeves Lecture Series will feature horticulturist Steven Chamblee in a presentation entitled "Garden Harmony 101" at 7 p.m. Thursday, April 19, in the Agriculture Building, Room 110, at 1924 Wilson Drive on the Stephen F. Austin State University campus.

All too often, the garden master becomes a slave to the demands of her or his own creation, according to Chamblee. By properly honoring time, space, place, form and function, gardens that evolve naturally can be developed. Lecture attendees will learn how to re-establish priorities, alter traditional views of garden composition, utilize alternative resources and, ultimately, create the vision that was once just a dream.

Chamblee has been active in horticulture for more than 30 years. He developed his love for plants by transplanting trees with his father in the late 1970s and eventually formed Southern Lawn Care, a landscape maintenance company. In 1986, Chamblee joined the Fort Worth Botanic Garden as a gardener. He later enrolled in Tarrant County Junior College, where he earned his associate degree in horticulture. While working full-time at the Botanic Garden, he earned his bachelor's degree in horticulture from Tarleton State University. He then received a fellowship in the prestigious Longwood Graduate Program and earned a master's degree in public horticulture administration from the University of Delaware.

After graduate school, Chamblee served as the native plant horticulturist for the Heard Natural Science Museum in McKinney before returning to the Fort Worth Botanic Garden as grounds manager. As the education director for the Botanic Garden, he focused on developing a variety of self-sustaining educational programs. Currently the chief horticulturist for Chandor Gardens in Weatherford, he uses his collective experiences to bring vibrant artistic expression to the garden and inspired educational opportunities to the community.

Ann Phillips of Llano Grande Plantation in Nacogdoches will be honored before the lecture for her many years of support of and dedication to the lecture series and its speakers.

The Theresa and Les Reeves Garden Lecture Series is normally held the third Thursday of each month at the Arthur Temple College of Forestry and Agriculture's SFA Mast Arboretum. A rare plant raffle is held after the program. The lecture is free and open to the public, but donations to the Theresa and Les Reeves lecture series fund always are appreciated.