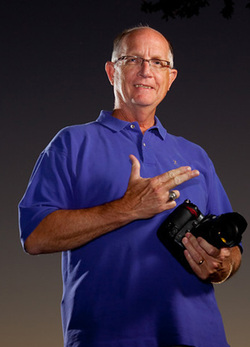 A native of Angleton, Meredith is a 1981 graduate of SFA and worked as a photographer for The Pine Log student newspaper before going to work for The Daily Sentinel in Nacogdoches. He joined the university staff in 1996 and has since earned more than 30 CASE awards for his images. He also is the recipient of a 2012 SFA President's Achievement Award for outstanding achievement and excellent service to the university.