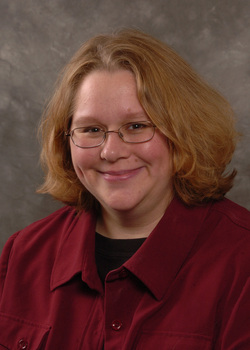 NACOGDOCHES, Texas - Dr. Karol Chandler-Ezell, assistant professor of anthropology at Stephen F. Austin State University, is the recipient of the Ruth Benedict Global Citizenship Award from the Center for a Public Anthropology.

Named to honor one of the 20th century's most prominent anthropologists, the award recognizes Chandler-Ezell's exceptionally effective participation in Public Anthropology's Community Action Online Project, as well as her wider activities in the public sphere. Less than 1 percent of college and university faculty members teaching introductory anthropology courses across North America receive this award.

"Professor Chandler-Ezell is to be commended for how she takes classroom knowledge and applies it to real-world challenges, thereby encouraging students to be responsible global citizens," said Dr. Rob Borofsky, director of the center. "In actively addressing important ethical concerns within anthropology, she is providing students with the thinking and writing skills needed for active citizenship."

Chandler-Ezell joined the faculty of SFA's Department of Social and Cultural Analysis within the College of Liberal and Applied Arts in 2005. She teaches courses in cultural and physical anthropology; qualitative research methods; culture, health and illness; customs, folklore and traditions of America; and magic, cults and the supernatural.

"One of the reasons I do the Public Anthropology project with my cultural anthropology classes is for participation in the SFA eCitizenship Initiative with the American Democracy Project," she said. The project is a multi-campus initiative focused on higher education's role in preparing the next generation of informed, engaged citizens.