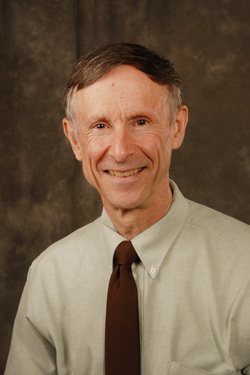 Dahmus is a member of the International Medieval Sermon Studies Society, American Catholic Historical Association, American Society of Church History, Medieval Academy of America and the Sixteenth Century Studies Council. He also served as a past president of the SFA Branch of the Texas Association of College Teachers, an organization that worked closely with the legislature to help faculty members at Texas universities.

During his 43-year teaching career at the university, Dahmus authored dozens of articles, papers and reviews. His numerous awards include a Lehmann Fellowship, the Walter Craddock prize for best paper in European history from the Southwestern Historical Association, and several SFA faculty research and development grants.

Aside from his teaching, Dahmus says the most important service position he held at the university was chair of the SFA Faculty Senate from 1996 to 1997. "This position allowed me to promote the welfare of our faculty members and our university better than any other associations," he said.

Dahmus said he is honored to give the commencement address for the August 2013 graduating class at SFA. "I hope my words will be beneficial to all students in attendance," he said.

SFA recorded the highest number of graduates in school history during its spring 2013 commencement exercises. Approximately 1,285 students earned degrees in May.