"For the evening, we have two 'firsts' on the program," said Gene H. Moon, director of orchestras at SFA. "Andreas Ioannides, who won first prize in the 2012 Schmidbauer International Piano Competition, will perform Johannes Brahms' Piano Concerto No. 1, the first of only two concertos the composer ever wrote for solo piano."

Ioannides, who is a teaching fellow at the University of North Texas, was awarded the $5,000 first prize at last year's Schmidbauer Competition, and he will receive an additional $2,500 when he returns to perform with the Orchestra of the Pines.

Ioannides has won top prizes in piano competitions held in his native Cyprus and has performed solo and chamber music recitals throughout Europe and North America. His playing has been heard in such venues as the Grosser Saal of the Hamburg Konzerthaus, the Culture and Congress Center of Lucerne, the Temppeliaukio Kirkko in Helsinki and Kodak Theater in Rochester, N.Y. He has participated in various music festivals throughout the world, including the Steinway Festival in Hamburg, Germany, the Chopin Festival in Marianske Lazne, Czech Republic, the Philomusica Piano Festival in Oxford, United Kingdom, and the Mozarteum Academy in Salzburg, Austria. He completed his bachelor's degree in piano performance at the Cincinnati Conservatory and earned a master's degree from the Eastman School of Music.

Another "first" will be the world premier of "Carry the Fire" by Joshua Zinn, 2012 Ledbetter Dean's Award recipient in music and winner of the 2012-2013 SFA Composition Competition. The inspiration behind the competition, which began in 2010, was to give young composers at SFA an opportunity to have their new works showcased in orchestral performances, according to Moon.

Zinn began composing at around the age of 13, first learning how to notate music from dictating themes from his favorite movies and video games. At 18, his first piece was performed by his high school band. Since then, he has attended SFA and is set to graduate in May. His private teachers have been Stephen Lias, professor of composition at SFA, and Dr. Maria Grenfell of the University of Tasmania, where Zinn spent four months during the spring of 2012.

The concert is a presentation of the SFA College of Fine Arts and School of Music and is part of the annual Orchestra Series. It is sponsored in part by Nacogdoches Memorial Hospital, the Wedgeworth-Wright Foundation for the Arts and the Cole Annuity Fund. 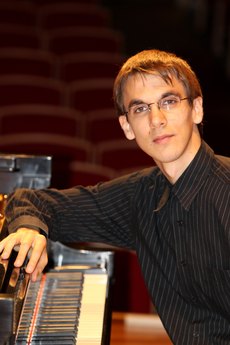 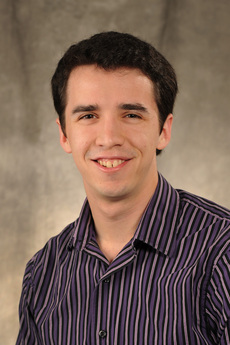