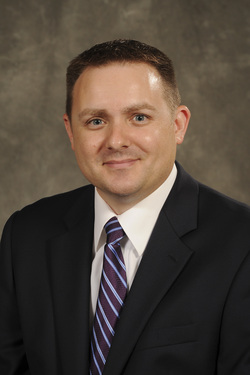 Turner joined the SFA development team as a major gift officer in fall 2008 when the office was restructured to include a fundraising team that focuses solely on securing major gifts for the university. In his new role, he will oversee that team and administer the daily operations of the Office of Development, including SFA giving programs and capital campaigns. He fills the position left open by Jill Still who was promoted to vice president for university advancement in June 2012.

"During the past five years, it has been a privilege to work closely with some of SFA's most successful alumni in the pursuit of building excellence and prestige at our university," Turner said. "I'm grateful for the opportunity to serve my alma mater as executive director of development and look forward to greatly advancing our fundraising efforts and impacting generations of future Lumberjacks."

Turner graduated from SFA in 1998 with a Bachelor of Business Administration and earned a Master of Public Administration from the university in 2002. In addition, he also earned a graduate certificate in nonprofit management from the Bush School of Government and Public Service at Texas A&M University. He is nearing completion of a doctoral degree in higher education administration from Texas A&M and expects to graduate within a year.

"As a product of SFA, Trey is extremely passionate about the institution, which has allowed him to successfully relate to many university stakeholders," Still said. "With five years of experience as a gift officer, he has a clear understanding of the importance of building the relationships that are critical for the advancement of the university, making him a natural fit for leading SFA's development efforts."