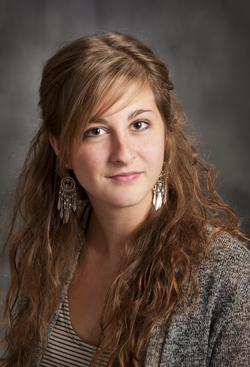 Stephen F. Austin State University students participating in SFA's first College of Liberal and Applied Arts Study Abroad Consortium are immersing themselves in the history and literature of Great Britain while earning six hours of credit toward their SFA degree.

The 20 students are living in a dorm in London and participating in field trips designed around the specialties of SFA faculty members Drs. Marc Guidry and Anne Collins Smith. Two of the students, Kasi Dickerson and Kayla Haas, are documenting the trip in an online journal complete with photos, video and news stories reporting classes and field trips. The London Log is available at http://thelondonlog.weebly.com.

Dickerson is a mass communication major and will be editor of SFA's student newspaper, The Pine Log, in the fall. An award-winning journalist, Dickerson's columns are posted as entries in the "Ladyjack in London" area of the blog.

Haas is a senior creative writing major whose work has appeared in Humid, SFA's undergraduate literary magazine, and on the Circa literary review website.

As part of Smith's introductory philosophy class, the students will study utilitarianism and will visit Bletchley Park, where scholars working as code-breakers - by gaining information and creating a cipher system referred to as the Enigma - are credited with shortening World War II by two years.

"We are using a new critical thinking textbook that draws examples from Sherlock Holmes. We visited 221B Baker Street, now the Sherlock Holmes Museum," Smith said. "We'll also be studying non-Western ethical systems such as Taoism, and we'll see relevant Chinese artifacts at the British Museum."

Smith also is teaching "Philosophy of Harry Potter," a more advanced class that uses the Harry Potter series as a springboard to investigate problems of good and evil, personal identity, death, self and other, and the transformation of mythological motifs. Smith described the series as "quintessentially British" and said a number of the site visits will enrich the students' understanding of the series and the philosophical concepts within it.

"We're doing a combination walking/subway tour that includes places that inspired Diagon Alley or that are similar in important ways," Smith explained. "Of course, we've stopped by Platform 9 and 3/4 at King's Cross Station. We also took the Warner Brothers studio tour for a look behind the scenes of how the movies were made and visited the British museum to view items that depict the Greek and Roman mythological motifs that are woven throughout the novels.

The group visited Stonehenge to discuss native European mythology that is present in the novels. Stonehenge also plays a role in an upper-level English class, "Arthurian England," taught by Guidry. The course pairs old and new Arthurian romances with their British settings.

"The captivating modern historical novel 'Sword at Sunset,' by Rosemary Sutcliff, is set in the fifth century upon the withdrawal of the Roman legions from Celtic Britain and the invasion of the Saxons," Guidry explained. "Accordingly, we will visit the well-preserved Roman bath house in Bath and the iconic center of Celtic England, Stonehenge."

"We are reading Malory's unparalleled pageant of Arthur's rise, rule, and fall-Morte Darthur-and visiting the ruins of the mysterious Glastonbury Abbey, where according to legend, Arthur is buried," Guidry said.

"We took Chaucer's pilgrims' festive journey in 'The Canterbury Tales' from London to Canterbury Cathedral, and we'll see Shakespeare's heartrending 'Othello' performed on stage at the National Theatre by the world's greatest Shakespearean actors," Guidry said.

"We took the same leisurely boat ride up the Thames to Hampton Court Palace that Pope's ironic hero, the ingénue Belinda, takes in the classic English satire, 'The Rape of the Lock,'" Guidry said. 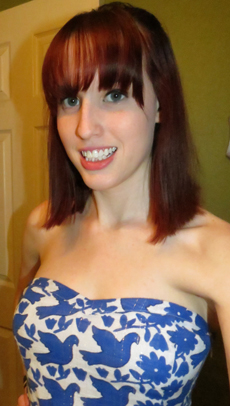