NACOGDOCHES - The great chamber works for strings and piano by Dmitry Shostakovich will be celebrated in a two-day festival in March at Stephen F. Austin State University designed to benefit the Saslav Strings Scholarship.

Two members of the renowned St. Petersberg String Quartet will join SFA music faculty for the Shostakovich Festival with concerts to be presented at 7:30 p.m. Saturday, March 2, and at 2:30 p.m. Sunday, March 3, in Cole Concert Hall. The festival is a joint presentation of the SFA School of Music and the Friends of Music.

The connection between the artists and a particular painting, which will be on display in the lobby of Cole Hall during the festival, is an unusual one, according to Dalmas.

"A talented Floridian artist, Stuart Riodan, was inspired by the St. Petersburg String Quartet's performance of the Shostakovich 3rd quartet several years ago," Dalmas said, "and he painted an incredible triptych piece of art based on the experience."

The artist observed SFA faculty members Jennifer Dalmas and Evgeni Raychev in a string quartet, as she sketched the beginnings of her painting. It's that piece of art, called "The Third," that will be on display in Cole lobby as part of the festival, Dalmas said.

The Saslav Strings Scholarship was established in 2011 in honor of the great violinist Isidor Saslav, who was head of the strings program at SFA from 1993 to 2003, and had a prominent career previously as a concertmaster all over the world. Saslav died Jan. 26.

"More than ever, the concerts of the festival will be specifically dedicated to him and to his memory," Dalmas said. "He had a great impact on both the School of Music at SFA and the musical community in East Texas and beyond. He will be deeply missed."

All proceeds from the festival will go directly to the endowed scholarship fund, which will be awarded to deserving string majors studying at SFA.

Receptions, organized and hosted by members of the Friends of Music, will follow each concert. Committee members include Nancy Collins and Shelley Brophy, co-chairs, Dee Allums, Francesca Kunk, Lila Moorer, Jackie Warthan and Shirley Watterston. Friends of Music members have also helped in publicizing the festival.

Tickets for the event are $25 for each concert or $40 to attend both. For tickets or more information, call the SFA Fine Arts Box Office at (936) 468-6407 or visit www.finearts.sfasu.edu. 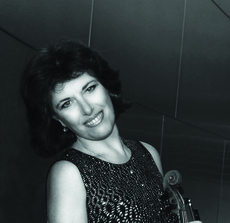 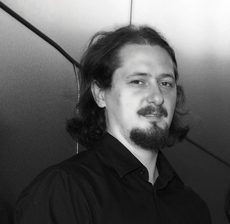