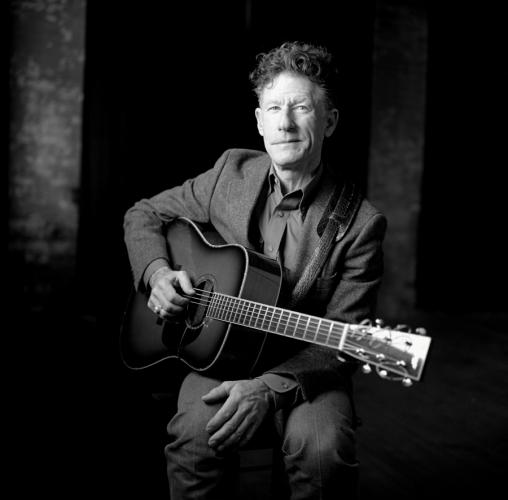 Grammy Award-winning Texas-born singer, composer and actor Lyle Lovett will be the featured guest at the 2014 installment of the Archie McDonald Speaker Series at Stephen F. Austin State University, scheduled for 7:30 p.m. Thursday, April 10, in the Grand Ballroom of the Baker Pattillo Student Center on the SFA campus.

Lovett has broadened the definition of Americana music in a career that spans 14 albums and more than four million records sold. Coupled with his gift for storytelling, the Texas-based musician fuses elements of country, swing, jazz, folk, gospel and blues in a manner that defies convention and breaks down barriers.

The speaker series event is scheduled for 7:30 p.m. Thursday, April 10, in the Grand Ballroom of the Baker Pattillo Student Center on the SFA campus.

"We are very pleased to be honoring a renowned artist as the 2014 guest of the Archie McDonald Speaker Series," said Dr. Richard Berry, SFA provost and vice president for academic affairs. "Lyle Lovett is a very gifted performer whose talents extend to acting on stage and screen, as well as singing and composing music that has garnered praise from fans and critics all over the world.

"Like all the previous guests of our series, Mr. Lovett's accomplished career is most deserving of this special recognition, and we look forward to presenting him with the university's Lifetime Cultural Achievement Award in conjunction with this event."

Lovett has won four Grammy Awards: Best Country Album (1996 for "The Road to Ensenada"); Best Country Duo/Group with Vocal (1994 for "Blues For Dixie" with Asleep at the Wheel); Best Pop Vocal Collaboration (1994 for "Funny How Time Slips Away" with Al Green); and Best Country Male Vocal (1989 for "Lyle Lovett and His Large Band.") He received the Americana Music Association's inaugural Trailblazer Award and the Texas Medal of Arts Award, and he was named the 2011 Texas State Musician. Lovett has celebrated more than two decades of acclaimed work and garnered seven top-10 albums on the Billboard charts. Beginning with his 1986 self-titled debut and continuing through his most recent projects, Lovett has taken one artistic chance after another while crafting songs that resonate with fans and critics across the globe.

For the past few years, Lovett has been alternating "Large Band" tours with acoustic shows teaming him with John Hiatt, as well as larger songwriter circles also featuring long-time friends Hiatt, Guy Clark and Joe Ely.

Lovett resides in north Harris County, Texas, where he was raised in the farming community of Klein, named after his great-great-grandfather. He began his music career while attending Texas A&M University in the late '70s, where he graduated with bachelor's degrees in journalism and German.

Despite the departures to stage, television and screen, Lovett always returns to the music world. His stories and songs remain a powerful reminder that he possesses one of today's most distinctive artistic voices.

SFA's speaker series was created in spring 2010 by the College of Liberal and Applied Arts to honor and preserve the legacy of Dr. Archie McDonald as a distinguished scholar, educator and community commentator. In the tradition of McDonald's writings and oral presentations, a prominent national figure is hosted annually at SFA to discuss contemporary cultural issues.

McDonald taught history at SFA for 48 years and served as director of the East Texas Historical Association and editor of the association's journal for 37 years. He was a past president of the Texas State Historical Association, past vice chair of the Texas Historical Commission and author/editor of more than 20 books on historical topics. Along with teaching, McDonald served as the university/community liaison for SFA, was a weekly commentator on Red River Radio in Shreveport, and wrote a weekly column for The Daily Sentinel in Nacogdoches and other newspapers. He passed away on Aug. 16, 2012.

The speaker series is sponsored by SFA's Student Government Association, and the event is free and open to the public. Passes may be obtained at the Involvement Center on the first floor of the Baker Pattillo Student Center or at the Nacogdoches Convention and Visitors Bureau downtown. For more information, call (936) 468-5406.